When you’re looking for a new job, you turn to a number of sources for leads. Online classifieds and job boards, your school’s career office, corporate websites and job fairs are all useful tools for finding positions and learning more about potential employers, but they aren’t the best ways to find a new job. 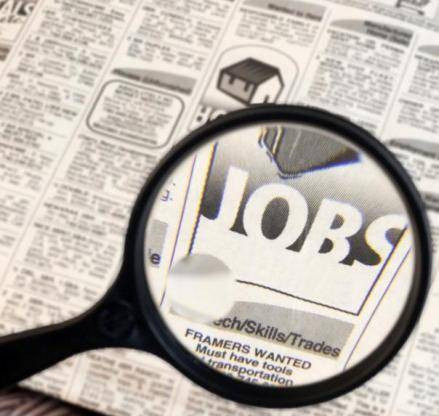 According to a recent survey, more than 40 percent of respondents who recently found a new job said that they located their position via networking. That’s compared to 25 percent who found work through online job listings and two percent who did by responding to ads. Networking to get information on open positions and introductions to people who can hire you is the most effective way to find a new job.

However, many people cringe at the thought of networking. No one wants to be the guy at the cocktail party handing out his business card and telling anyone who will listen that he is a recent graduate of an online MBA degree program. However, effective networking doesn’t have to be awkward and can actually be interesting. Networking to find a new job is more enjoyable than sitting in front of a computer for hours, searching for open positions and sending out resumes.

Sometimes people don’t network because they don’t know where to start, or believe that they don’t know anyone who could help. The best approach to list everyone you know who could potentially help in your job search. This list should include everyone from your friends and family to former co-workers and supervisors, professors, classmates and even acquaintances, such as that friendly woman from your spin class.

Don’t limit yourself to people you already know, though. To network your way into a new office, you must leave your comfort zone and meet new people. Attend a Chamber of Commerce event in your city, for example, or join a professional or social organization. Get involved with your school’s alumni association, too.

Once you know who you can talk to, it’s time to start talking. Start with those you feel most comfortable with. Let them know your situation, what you’re looking for and ask whether they know of anything or anyone who can help; if they do, ask for a referral or introduction. If you’re talking with someone who works at a company you’re interested in, schedule an informational interview. These interviews aren’t for the purpose of a specific position, but more of an opportunity for you to learn more and express your interest in the company.

Social media is also useful for networking. Update your profile on sites like LinkedIn, noting that you are a job seeker. Request connections with people you know, and talk to them about your job search.

Once you’ve made your contacts, it’s your responsibility to contact them — and maintain those relationships. Experts say that the biggest mistakes job seekers make when networking is failing to follow through with connections — or acknowledge the help. If someone makes a referral for you, send a thank-you note immediately.

Update your network on your situation. If you land a job, send those who you’ve worked with a note mentioning your new gig, and acknowledge their help. At the same time, don’t interpret “keeping your network informed” as “hounding them to death.” Sending out daily emails to your network is not going to get you many referrals. Stay in contact every few weeks and keep your messages upbeat. Avoid sending out mass emails or status updates. Keep your networking personal .Would you respond to a message that was also sent to 150 other people?

Networking is the best way to find a great job – but it takes skill. Take time to perfect your approach and avoid mistakes that could cost you an amazing opportunity. And remember: You are part of others’ networks and someday you might be able to return the favor.

Kayla Garcia is a guest blogger who will finish her masters of public administration online and writes on technology and education.

One thought on “Networking for a New Job — the Right Way”