If you’ve been online in the past few weeks, you would’ve heard by now that Instagram users had risen up all torches-and-pitchforks-style at the discovery that Instagram’s ToS will now permit the company to sell their users’ uploaded photos to various entities without the permission of the people who had uploaded them in the first place. 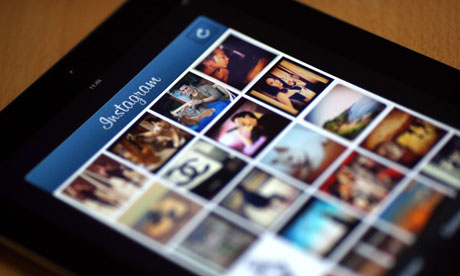 As you can imagine, Instagram’s millions of users were not at all happy to hear that.

In case you haven’t heard of it yet: Instagram is basically a photo-editing and social media sharing tool that had achieved huge success among smartphone and Internet users. It is ranked as one of the most downloaded Apps today, available both for iOS and Android. It could edit and add filters to photographs (notoriously dubbed as “hipster photos”) and immediately upload said photos to the social networking account of your choice.

It’s received obvious fame, as even celebs started using it to tweet pictures of themselves in various daily adventures. There was even that one infamous Tumblr account dedicated to gathering the photographs of the young and extremely rich burning through their cash via the most luxurious lifestyles possible, and the blog ended up in actual news stories. So it’s safe to say that many people rely on Instagram for their photoblogging needs, and even for artistic needs – a number of artistic Instagrammers can be found in the community.

As Instagram was about to get bought by Facebook, a noteworthy clause in the ToS change was brought up:

You agree that a business or other entity may pay us to display your username, likeness, photos (along with any associated metadata), and/or actions you take, in connection with paid or sponsored content or promotions, without any compensation to you.

This caused a riot among blogging platforms and social media sites as users rallied, because people feared that Instagram will be making profit from selling their photos, both public and private. Many users declared a mass exodus, going for other photo services.

But is it really a threat?

According to Instagram’s actual statement, there’s really nothing to worry about. Co-Founder Kevin Systrom of Instagram said that the service had zero intention of selling the photos nor using them for Instagram advertisement. Owing to the hysteria that the ToS statement caused, Systrom also added that they will be removing that language from the terms.

At best, in the opinion of the experts, this is mass paranoia that has gone out of control. The company had no nefarious intentions. Apart from that, not a lot of Instagram users actually seceded from the service. While the change of terms is a relief to everyone involved, there are still some users who pose the point that the terms were very clear as to what Instagram could do to the photos. There are those who are waiting to see the terms changed before they continue using Instagram. They have come to wonder: if there hadn’t been such a big outcry, would Instagram have just gone on and kept the terms, doing as they pleased with the photos?

One thought on “The Instagram Hysteria of December 2012: It Was a False Alarm”