The coming release of Microsoft Office 2013 offers users more convenience than ever before.  Microsoft Office 2013 was built to be compatible not only with desktops and laptops, but now integrates functions that work seamlessly with tablets and smartphones.  However, its central feature revolves around cloud computing where documents are automatically stored in Microsoft’s SkyDrive cloud storage system instead of the hard drive. 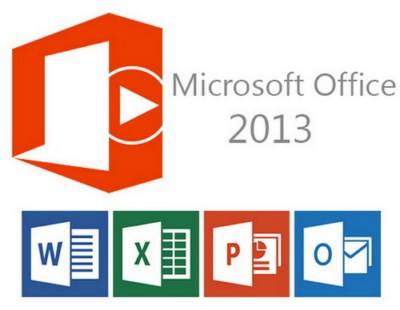 With cloud computing, Microsoft Office 2013 is expected to cater to enterprises and businesses that will benefit from the convenient access and sharing of data on the go from different devices.  Office files will be tied to a user’s Microsoft ID where various desktop apps can also be downloaded to a number of devices.  Similar to Windows 8, settings, SkyDrive files, along with where you left off will be saved to follow you on any device wherever you go.  And considering that mobility and convenience are its major selling points, it is likewise integrated with Skype and other social media features such as Facebook.

Aside from working hand-in-hand with Windows 8, Microsoft Office 13 will also come with new monthly subscription options under Office 365, Microsoft’s subscription-based software service.  Office 365 was initially made available to the public in June 2011 and offers hosted versions of Microsoft Server’s products like Exchange Server, SharePoint Server, and Lync Server along with options to subscribe to Office 20xx desktop applications.  Office 365 is available in 3 different plans optimized for enterprises, small businesses, or education.

The user interface of Office 2013 was slightly modified to adapt to the touchscreen mode.  Animated transitions are fluidly incorporated on most features.  Powerpoint works similar to the gallery images on a touchscreen device where you swipe the slides along to view the presentation.  On the other hand, Word now allows opening, editing, and saving of  PDF files.  It also includes the ability to pull images from Facebook and Flickr.

Office 2013 is scheduled for release simultaneously with Windows 8 in October 2012.  According to Microsoft chief executive officer Steve Ballmer, this new version is the most ambitious release of Microsoft Office the company has ever done.  It coincides with Microsoft’s plan to penetrate the tablet industry with the Microsoft Surface tablet.  Office 2013 will be compatible with computers running on Windows 7 or 8 and tablets with Windows RT.

There is no question that Microsoft Office 2013 is a welcome treat for people always on the go with various gadgets on hand.  But much of its special features work with a good internet connection and a touchscreen device.  For people less mobile or those who don’t fancy working extensively on their tablets, upgrading may turn out to be less convenient.  Overall, Office 2013 is a nifty tool that tablet lovers will want and is definitely one of the major attractions of any Windows tablet.