The modern smartphone has already come along way, improving the mobile phone into a more flexible and customizable device, but technology is never finished evolving and adapting. 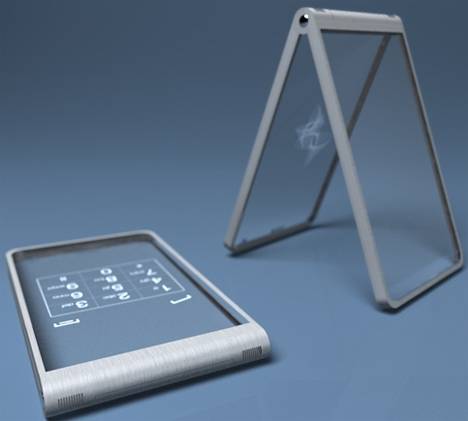 With this in mind, what lies ahead for smartphones and their related gadgets? One of the easiest ways to determine this is to see how far they’ve already come while looking at some recent trends that might suggest what the future has to offer.

In recent years we’ve already seen the touch screen overtake the mobile phone industry as the interface of choice as well as appearing on various other gadgets (such as the ever popular tablet). Yet this won’t be the same forever. There have already been technology demonstrations of various prototypes currently being researched which offer greater hand-gesture control.

In these devices, simple hand motions can control the device. There are event suggestions of technology using your skin or any surface as a screen on which projections are made rather than having to carry a physical one around with you. In short, it’s safe to say that the touch screen system will one day be surpassed by something even more intuitive and interactive.

Of course, as technology ever increases, it leaves a wake of gadgets that are deemed old or obsolete. This, however, is not the end. Mobile phone recycling is already a major part of the industry today, so it’s only logical that this should increase in the future.

There’s nothing to suggest that the smartphone of tomorrow won’t be made from the phones of today either. Although technology is ever increasing, some of the core components and materials have stayed the same.

As these become harder to source elsewhere, it only makes sense to use them wherever you can find them.This turns all your old phones into a potential resource and one that you can easily exchange for cash.

Although this is an option that exists today, synchronization is still part of a niche market. It’s possible for various devices to link up, allowing you to share media, files information and simple controls from one device to another. Smartphones are not the only smart device, as tablets and even TVs are offering various interactions, from simple file sharing to cloud storage. This trend does seem to be increasing and one can only imagine the extent to which devices will become connected.

With a greater reliance on the internet and the likes of cloud storage, devices will become constantly connected to both the World Wide Web and your other devices. The average computer desktop is acting more and more like a home server; a storage hub by which all your other devices can access and exchange files and information. In short, this is only a quick look at some of the potential for future technology but, given the changes already made by smartphones, it seems highly plausible that there will be some very exciting changes in store. It’s simply a matter of waiting for them to occur.

Music, Magpie, the authors of this guest post, predict that as technology continues to evolve, the need to upgrade mobile phones and other devices will only become more prominent – making their mobile phone recycling services even more important in the modern world.