The rate by which network server software and hardware is changing is significant, from adjustments to popular programs like Microsoft Exchange Server 2013, through to mobile adaptations, and more advanced hard drive technology. 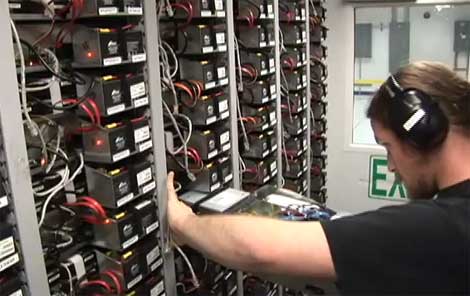 At the same time, the costs and equipment required for server rooms is set to undergo further changes and continuity for 2013, while the potential for cloud servers to reduce demands on specialized server rooms also set to continue to grow.

In terms of specific server programs, Microsoft’s 2013 Exchange Server is expected to produce multiple improvements for business users; key features include a lower cost, and the option to merge social and Smart Search features to synchronize contacts across a local and wide area network. Microsoft have also revamped the look and the functionality of Outlook 2013 and Outlook Web Apps, and have made it easier to synchronize SharePoint and Lync. Compliance levels for data backups and file servers have similarly been used.

Changes to major server program updates like Exchange 2013 are coming in the context of the need to make fixed servers work more consistently with cloud services and mobile devices. Outlook is being particularly revamped to allow for more flexibility with offline modes, while many of the features associated with Front End Servers are also being merged. The push to create better web apps for Lync, and improved VoIP and encryption, is also going to be an important part of 2013 changes.

For server hardware, we can expect to see more conversions from hard drive disks to solid state drives, with the need to reduce heat improved by a lack of moving parts. In terms of CPUs and processing power, dedicated servers will also benefit from Intel’s development of new chips from its Ivy Bridge architecture – code-named Haswell, new chips will work to reduce power consumption and produce incremental boosts in how quickly servers are run.

Server rooms and data centers are likely to remain relatively static in terms of major changes, with 10 Gigabit Ethernet networks possible, but expected to not grow as quickly as was predicted a few years ago. Other network accessories, such as Ethernet switches, are also likely to receive small adjustments to already working models. Research at router companies like Netgear are increasingly focusing on app development and developing faster networks through open source communities.

In this way, improvements to network clouds and virtual servers will continue to be a priority for the near future, both for Microsoft and other servers. Small businesses can expect to gain from the availability of greater data capacity and faster virtual servers, while the cloud will become more accessible as a way of synchronizing mobile devices via 4G connections. The challenge of updating large network servers and data centers to green technologies will also remain, with recurring problems over cooling and expanding capacity still an issue for developers and manufacturers. Network server improvements will be frequent, though, throughout 2013, as technology races to catch up with demand from businesses and users running networks.

Emily is a freelance writer based in Toronto, Ontario. A keen reader, and inspired by the authors of fiction, She is an up and coming author. When not writing professionally ; you’ll usually find her spending time with her friend & family or go out for small tour to excavate more.