Many websites out there claim crowdfunding to be a revolutionary way to raise funds. But just how new of an idea is it and actually… what is it?

Crowdfunding is a method used by people to pool money together from the general public, in order to fund whatever it is they are seeking to fund; charity fundraising, political campaigns, start-up companies, directing movies etc. It can expand in virtually any direction and undoubtedly has been hugely successful largely due to our human desire to see good things propagate. 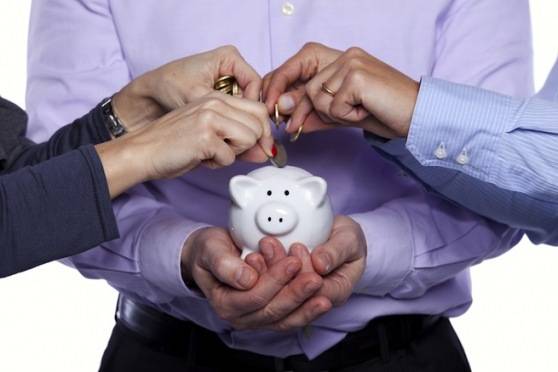 It of course bloomed in the sphere of charity many years ago, but has since propelled into a multitude of sectors largely off the back of the internet and increasing dominance of social networking sites namely Facebook, where you can tell friends, followers and connections about your venture.

In 1997, British rock group Marillion pioneered crowdfunding in the music industry following an internet campaign by their US fans which raised $60,000 – the cost of their entire US tour. Marillion went on to use crowdfunding to successfully record and market three of their albums.

A Canadian Entrepreneur designed an electronic paper watch called ‘The Pebble’. Through the crowdfunding website Kickstarter, he had managed to raise more than $3 million in less than a week, making it a new record for the website. This is because unlike other watches, this is designed to connect via Bluetooth with iPhones or other Android powered devices. This functionality allows you to customise the watch face, display distance and speed for runners and cyclists, control the smartphone’s music and show emails, messages, reminders and even download apps allowing for an Angry Birds, Twitter or Facebook download.

There are now a huge host of sites out there enabling crowdfunding, some for specific markets and others for absolutely anything. Kickstarter claims to be the ‘world’s largest funding platform for creative projects.’ A creator must pitch an idea setting the funding goal and time in which to achieve this. In order to be successful a creator must reach their funding goal before time runs out otherwise no money changes hands. The great thing is that the creator maintains 100% ownership. They may however offer financial rewards, discounts on the final product or other incentives to entice people to fund the project. Another website operating on a similar basis across the UK and Europe is Crowdfunder.

ArtistShare is considered to be the first crowdfunding site specifically for music. They describe themselves as “a platform that connects creative artists with fans in order to share the creative process and fund the creation of new artistic works.” In exchange, fans have access to the creative process, Ltd edition recordings, VIP access to events/recording sessions and even credit listing on the final products.

Authr helps aspiring and established Authors raise funds for their book projects. What’s unique to this site though is that an Author can keep all the money they raise, even if they don’t reach the funding goal. Another advantage is that the website does not take a percentage fee of the final amount raised, unlike Kickstarter and Crowdfunder who charge 5% on successful pitches.

The US House of Representatives backed a Crowdfunding bill, recently signed in by President Barack Obama. The ‘Jumpstart Our Business Start-ups Act (Job)’ is aimed at making it easier for start-up businesses to acquire capital to bring their ideas to life, using the Crowdfunding method. Another aim is the hope for these businesses to contribute to the sluggish US economic recovery. There has been widespread support for the act, particularly from the business community including AOL co-founder Steve Case, who said entrepreneurs play a vital role in the development of the country. However some small but fierce resistance came from some Senate Democrats, who claimed it went too far in deregulating business.

With the passing of this bill, it is likely crowdfunding is going to stick around for a long time to come.

2 thoughts on “Is Crowdfunding the New Big Thing?”