Multitouch touch screens are all the rage – from tablets to tables, mobiles to monitors, it’s the new way to interact with your device. One category that’s seen a rise in the number of touchscreen-based options is the all in one computer sector. 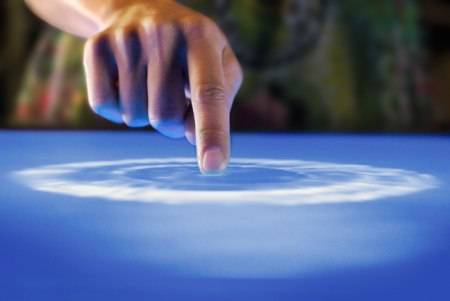 So what are they like to use, and should you buy one?

The Good: Touchscreens are made to be big. Compare using a tablet to using a smartphone for browsing the web, using an app – anything, in fact – and you’ll see what I mean. Big touchscreens are great, and all in one computers tend to have big screens. The less space your finger takes up as a proportion of the overall screen size, the more precise the feeling of control.

The Bad: There’s little in the way of ‘desktop’ support for touch screens just yet. Windows 7’s touch functionality is very basic – even its much-hyped multitouch offerings disappoint. So, you’ll probably find you just go back to using a mouse and keyboard. I certainly did when I got my all-in-one. But something changed all that.

The Good: Windows 8 is going to be a game changer for touch screen all-in-one computers. It’s designed with touch in mind – written for tablets, and then expanded from there. That’s going to bring all-in-one computers in line with the kind of touch responsiveness and utility we expect from modern tablet computers, which will be a big change up from W7.

The Bad: Fingerprints. I don’t mind them much on tablets, you kind of expect them and besides, tablets you kind of view square-on. An all-in-one computer is viewed at a slightly more oblique angle, which accentuates glare and any marks on the screen. It’s also unusual to see fingermarks all over a desktop computer, but maybe that’s because I’ve been conditioned in to believing that your fingers need never go near a monitor. But still, oleophobic technology could do with stepping up a bit before touchscreens become really attractive on all-in-ones.

The Good: Comfort. It’s actually surprisingly intuitive (once you get over instinctively reaching for a mouse every time you want to do something) to use a desktop computer as a touchscreen. In fact, I found I simply didn’t sit down as much as I used to. I could accomplish little things – like looking up the weather, or checking a calendar – from standing. That’s exciting to me. I’ve always had a fashion with the permanency of embedding touchscreens in to other technology – and I’m not alone, judging from the current trend of sticking iPads in restaurant tables – and it’s thrilling to think that touchscreen all-in-one computers could sit all over the house, all in sync, and all at your fingertips.

So those are my thoughts about the good and bad of using a touchscreen all-in-one computer for a week. Many thanks to my friend for lending me his computer for the week, and I promise I’ll lend you my iPad at some point (just as soon as I can get away from Angry Birds…).

2 thoughts on “Touch Screens on All-in-One Computers: The Good And The Bad”