Video and podcasts are being imbedded into blogs throughout the Internet and they can provide a blog with increased visibility and on-site viewer time. Viewers often relate better to video communication. Even erudite and funny prose can have trouble competing with video as an entertainment medium. There are hundreds of articles about how to technically add a video to your site. However, there is very little information about how to create great video content. This article sums up the important parts of video content creation and includes numerous sources to learn more about producing video content. 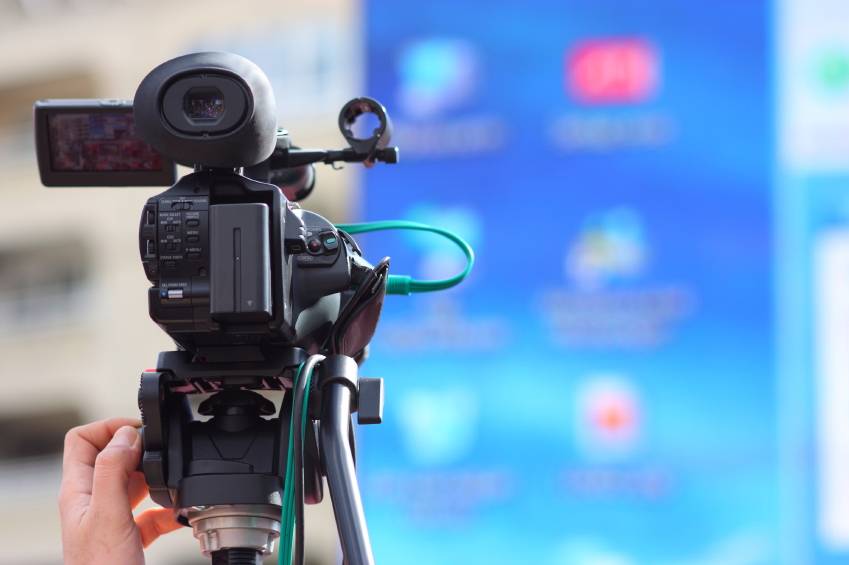 Using video makes sense for bloggers because the same content can be used across a multitude of channels. The key to good blog content creation ROI is to create excellent content once and then get the longest ride out of it possible. Content creation is expensive and time consuming. Despite the latest rage in transient mediums such as Twitter and Facebook, true Internet winners are those sites that have longevity and staying power. Using a variety of mediums, including video, makes it easier to sustain continuous creation and therefore achieve and maintain high SEO and conversion rates on your blog.

It has never been easier to produce professional looking videos. Everything film- from cameras to software- has come down in price. However, there is still one golden rule:

Bad Video is Worse than No Video

Invest some thought and energy into video production. A good video script will be much longer than you initially anticipate. Video literally eats words because the average person talks much faster than they read. In general it is best to keep your written blogs fairly short (600 words is normal). You can then use video to elaborate on the same topic. Whenever possible include a transcription of the video following the piece. This transcription can be read by bots and by viewers who don’t have access to video.

Script creation is extremely important. Almost all successful movies start with the presentation of a problem or dilemma. The rest of the plot unfolds trying to resolve the initial crisis. Usually a hero or heroine subsequently encounters a series of additional obstacles that must be overcome to reach the goal. The more unpredictable the path to resolving the initial crisis the better the plot and the more interested the viewer will be in watching the video or movie.

When this movie application is applied to an informational online video the facts can be rearranged to adhere to this time-tested standard plot structure. A detailed analysis of this technique can be found in Jack Bickman, Scene and Structure. Kevin Slavin’s “How Algorithms shape our World,” is an excellent example of a good YouTube video. This video includes an intriguing plot structure, lead-in and lead-outs, a variety of camera angles and great lighting.

Learn About Lead-in and Fade-out

It isn’t necessary to be Steven Spielberg, but it is helpful to learn some simple filming techniques that will give your video a more professional feel. A free HubSpot e-book by Rebecca Corliss, How to use Online Video for Marketing, outlines online video production and marketing. Celtx offers free pre-production software that gives beginners help with pre-production issues. Final Cut Pro is the software of choice for the Independent Film making crowd. Ken Stone has a great site dedicated to Final Cut Pro. His site is filled with tips and articles about everything film. Andrew Cramer’s site, Video Copilot, offers a free set of preset tools for creating film effects.

All professional films and TV programs begin with lead-in and fade-in and end with lead-outs and fade-outs. Viewers have come to expect these and they will help to engage your viewers and give your video a more professional look. Tune in to any TV news show and pay attention to lead in/out sections rather than the program to get an understanding of this technique. Doing this requires a little bit of video editing but the payoffs are well worth the learning curve. Most editing programs, including Adobe’s After Effects, include an assortment of stock transitional effects to help make lead-ins catchy and fade-outs satisfying.

Changing up camera angles and views is another common technique that can be used to make your video look more professional and keep your viewer’s attention. For example, use an over the shoulder shot followed by a profile or behind the speaker shot and splice them smoothly together. Lighting is also extremely important. Try to use lots of light and don’t shoot into light behind a subject unless you are trying to purposely create a dramatic effect. If the budget allows, invest in professional video, lighting and audio gear. Even low-end gear (like a tripod attached to a floor dolly) can substantially increase the professional look of blog videos.

YouTube videos and other videos do best when they are viewed by a lot of people immediately after launch. Prepare yourself and your viewers by launching fixed monthly or weekly publishing times. Promote the video before, during and after launch to get the best 48-hour response rate possible. If your rate is high enough YouTube will also start promoting your video for you and with luck it will go viral.

In summary, introducing video into your blog can provide another avenue to reach an audience and promote a blog. In all likelihood, video will eventually eclipse text as the most common website medium. Used correctly, video can be a valuable asset for your blog because it extends your content. Give video a try and don’t be surprised to find yourself bitten by the video bug and looking for excuses to buy just one more camera…

Lisa is a researcher and writer. My interests include blogging, skiing and spending time with my dogs.