The pioneering model from Xiaomi borrows its design heavily from the iPhone. However, the Xiaomi Mi4 has quite a few features which make it an independent handset. One of the most powerful features is the hardware of the handset. The Xiaomi Mi4 is definitely a great handset, no matter how it is judged. It costs around $320 for the model with 16GB internal storage, $400 for the one which comes with 64GB. 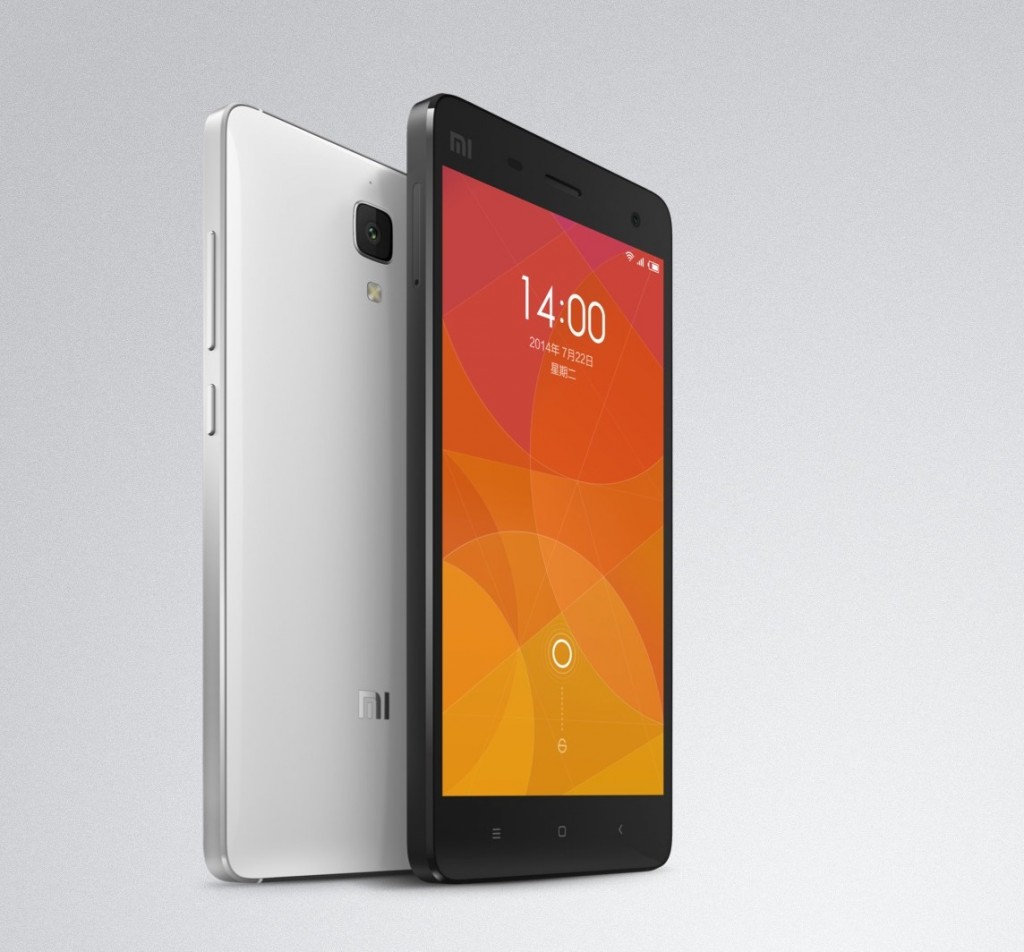 Currently the handset is restricted to China although it should be made available in other markets such as Singapore, Taiwan, Malaysia, Hong Kong, Philippines and India. Western nations would have to resort to imports.

The phone shall eventually be launched with 4G connectivity which would work out of China. However, this model will be launched by the end of this year. Those using the phone outside China will have to use it with 3G networks.

When you look at the Xiaomi Mi4 at first, it will present you with a remarkable resemblance to the iPhone’s design, particularly the stainless steel brands around the edges. The company had also made extensive use of white coloured plastic inserts within the frame. Taking a look at the frontal speaker too would reveal that the designs were lifted from the iPhone. Even though some parts look heavily borrowed from the iPhone, there are quite a few elements which appear distinctive in the phone.

For instance, rather than having the plastic exposed, the steel band around the Mi4 protects the frontal panel, thereby preventing it from becoming chipped. The iPhone 4S can get damaged from this easily. The back cover is made of plastic which can be removed using suction cups and swapped for different designs. The Xiami has numerous covers even ones which look like marble and wood.

The phone’s feel is quite likeable as it fits the hand comfortably. Even though the back cover is glossy and plastic, the handset does feel quite premium because of the metal edging. The volume and power buttons are located along the right and can be reached easily without the fingers being stretched.

Features of the Phone

The Snapdragon 801 by Qualcomm is the processor fitted in the phone which runs at 2.5GHz. It is identical to what is found on higher end flagship handsets. Some of the other specs in the phone include RAM of 3GB and inbuilt storage of 16GB or 64GB. However, no slot for a microSD card has been fitted in for expandability. The battery fitted into the phone is a 3080 mAh one.

The display unit of the Xiaomi Mi4 is a 5” one which comes with FHD resolution of 1080X1920 pixels. As per Xiaomi, the accuracy of colour gamut is around 84 percent, which is 17 percent more than iPhone 5S. The colours do appear lively and vibrant and the screen seems bright enough for usage outdoors under direct sunlight.

Being a higher end device, the Xiaomi Mi4 has all the regular options of connectivity such as Bluetooth 4.0 and Wi-Fi. The option of 4G is available on China Mobile network or the TDD-LTE and hence cannot be used in most countries which work on FDD-LTE standards. The FDD-LTE models shall be launched quite soon by the company.

The Xiaomi Mi4 is run on Android KitKat 4.4.2 but with the firm’s MIUI skin. Substantial tweaks have been made by Xiaomi to the operating system from Android while the MiUI has a complete suite of features that is not seen on Android normally.

If the phone is being important then you should have in mind that there are no Google Play services included in the version such as Gmail and Play Store. They can be added by looking up Google on the handset’s application store or the MI Market and installing the application by Eric Xiang. It permits one to easily download and have the needed files installed.

The Xiaomi Mi4’s camera is one of its highlights. It has a snappy shutter while the MIUI has manual controls that have been built in for adjusting exposure and speed of shutter. If you do not want to make adjustments, then a default auto mode has been included in the phone too.

The phone is capable of shooting very good pictures even when the light is low. The phone’s camera is highly impressive especially when the manual controls are used for clicking pictures of fireworks.

The Xiaomi Mi4 being a higher end device provides slick performance when compared with other top quality mobiles. The handset has scored 24,055 in Quadrant benchmark tests in the high performance modes while the balanced mode produces a score of 15,954. On the LinPack test, it has gotten a score of MFLOPs 901.961 within 0.19 seconds.

The calls received in the phone sounded very clear and crisp while the person at the calling end hasn’t reported any issues either. The volume of the speaker sounds just right. Even though the phone is not at its loudest, there is little possibility of you missing calls when you have your phone in the pocket.

The battery, being a 3080 mAh battery lasts for a day and half usually. With the LTE model, there is a good possibility that it should fall to one day.

The biggest advantage that Xiaomi faces is that it can deliver respectable quality services at a price which definitely outruns its competition. The Xiaomi Mi4 is not an exception either. Even though the design is slightly inspired by Apple’s iPhone, it is something that is done by most modern smartphones.

The Xiaomi Mi4 ranks as one of the high quality smartphones of the year and getting one in your hands is quite a rare feat right now. The phone has started selling outside China at limited stocks. The Xiaomi Mi4 is one of the better Android handsets that you would want for flaunting to your friends. It is sleek, handy and worth carrying around with you on an everyday basis.