Among the new features of Windows 8, was the integration of Windows 8 Xbox Live with the platform, which is the platform for online entertainment console from Microsoft, Xbox 360. 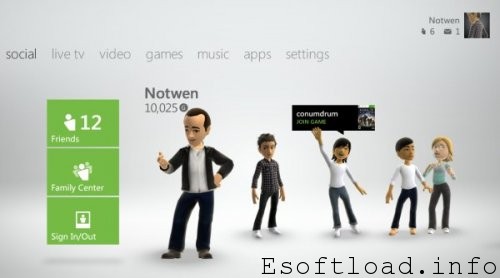 Microsoft has confirmed that Xbox Live is a feature built into Windows 8. This Xbox Live will be built into the user’s PC. Users who have Windows Phone, also have access to the platform.

According to Major Nelson, a spokesman for the Microsoft, you can organize your Windows Live “games, music, movies and TV shows”

According to Microsoft’s strategy of current content, the service will be used to promote all kinds of services, including games, music, movies and TV shows.

Of course, as is the case, the information available varies according to region. And you can not play Xbox 360 games on your PC. What a pity!