Google is the company that is known by everyone who used a computer at least once in his or her life. First it was only a search engine, the most progressive of all engines existed at that time (and it is still the one), but now almost all spheres of IT are covered by Google: software development, hardware design, mobile developments, smart cars and operating systems. 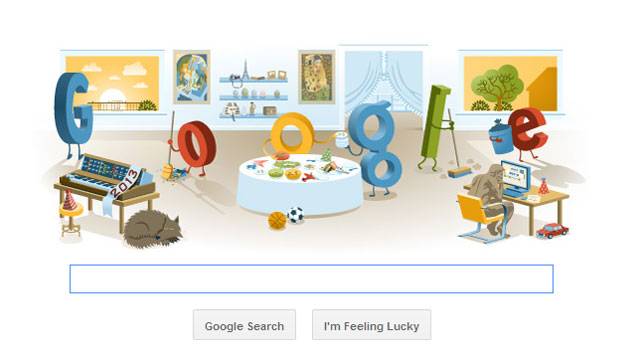 And each year Google proves that there are no limits for them in technological progress and improvements. So, let’s have a look at what Google may bring us in 2013

Google is still a great search engine. And in 2012 it introduced several great changes in this sphere of its activity. And I am talking not only about its algorithms updates like Penguin or Panda, but also about the introduction of such “phenomenon” in search results as the Knowledge Graph – the part of search results page that shows the main data about famous places or people even without the necessity to open third-part sites.

Google did two really interesting things last year with search. One is that they created which is their effort to map out connections with all sorts of different things.

And this year Google is planning to improve this innovation, in fact changing the process of googling.

Google-X Division is a famous and at the same time unknown subdivision of Google that is dealing with the development of software and hardware that can change the future face of technological world. Some of its previous projects were called insane or unreal, but they are widely used now.

Today Google-X Division has several known for public projects such as Google Glass, self-driving cars and (probably) the development of its own wireless network.

The Internet is full of information about the incoming release of Google Glass, a wearable computer that may combine the functions of tablets with mobile ones (calling, for example). The rumors go that the developers will get Google Glass in several months’ time to start designing software for them.

Self-driving cars are another project the Google’s team is working on. Some time ago Google presented a video of test drive where they boasted of high productivity and reliability of such cars. So, may be in several years we won’t need drivers at all?

And the most recent rumors go about the development of Google’s own wireless network and this very project has very promising future as the network is supposed to be used in densely populated areas where usual standards have some problems in work.

Just several years ago Google was just a software company but after the release of its own Chrome book and Google Nexus smartphone it started to conquer the market of hardware products as well. Of course, details for the gadgets are developed by other manufacturers but Google dictates the configuration and the software that will be installed there.

And taking into account that the latest hardware projects of Google were rather successful, it can be expected that Google will continue to follow this way of development.

Who doesn’t know about Android? I think everyone heard about this mobile OS that in two years’ time has managed to become the most popular operating system in the world. And the Google’s developers don’t intend to stop the improvements of this “child” adding more and more unique functions like NFS or voice assistants which were implemented into the latest versions of Android OS.

Google Now is one of the major developments that the giant is working on right now. The main goal of Google is to develop a system that can be built into a smartphone that would predict users’ wished and necessities even before they realized what they need. For example, to recommend drivers a more reasonable road analyzing the real time traffic situation. Some of the results of Google Now development can already be found in some latest Android devices. And it gives us hope that is a year or two the system will be fully developed and implemented into real life.

That’s the main (known!) development that Google is working on. Impressive? I think they are. And I believe that 2013 will be very rich in new introductions.