Motorola Mobility has announced that a follow-up to Moto X will be soon launched in the market in the late summer 2014, in the name of Motorola Moto X2. The manufacturer has confirmed this news in the event of Mobile World Congress 2014 in a Q&A session. They confirmed that the predecessor of Moto X will be launched in late summer to enlarge the availability of current Smartphone lineup and Moto Maker Tools for its patrons. 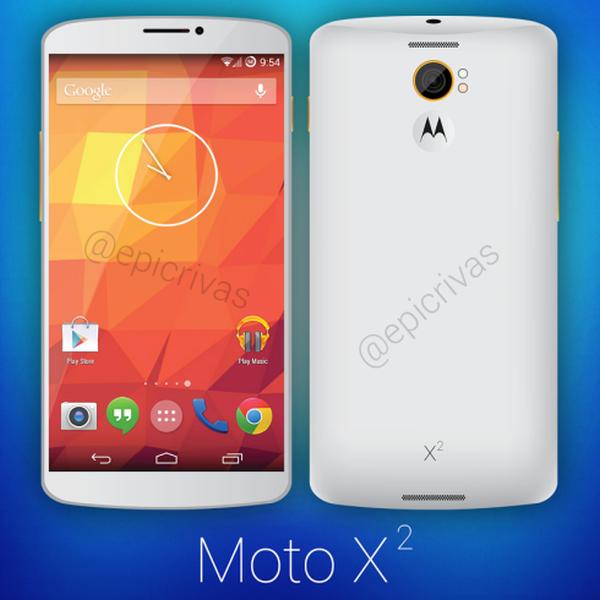 The manufacturer also confirms that the primary OS will be Android’s latest version and it will be launched in Australia and India in coming months. It is expected that alike its predecessor, Moto X2 will function as the flagship handset for the company. Though the specs and features of the handset have failed to plea the critics, but it seems to do well in all its other areas like, its operating system and applications which are quite similar to its forerunner.

Currently, Motorola has been owned and operated by Google, but the latest model still seems to get support and assistance from the parent company, Motorola, to make it a successful product of 2014. Soon after the launch of Moto X last year, the handset carved its own lane in the market and same is also expected for the upcoming Smartphone, Motorola Moto X2.

With an aim to render stylish and chic concept phone designs, Motorola Moto X2 has been designed, but the critics are not satisfied with the placement of the camera flash and rear speaker. Moreover, there are no physical buttons available at the front, but the colored buttons placed on the side panel of the device make it stand apart.

Until now, Specifications are not clear but Moto X2 will come up with better specs. Motorola Moto X2 may feature 13 MP rear camera at most. The Storage may stick to 32 GB without memory expansion slot. Definitely, Moto X2 will come with latest version of Android.

Some features, such as fingerprint scanners, dual LED flash and even a 64-bit, can appear in Moto X2. After all, it is unlikely that the characteristics of the new device are pushed to the limits.

The primary feature of Motorola Moto X2 that enticed the critics significantly is the available customization of the handset. The handset comes with a list of rear panel options of different color variants, and covers made out of wood and leather. It has been confirmed that the new model of Moto X will arrive the market late summer, but not much has been explored yet about the device from the recent leaks available online.

Motorola stated that its acquisition by Lenovo will not lead to an increase in prices, which means that Moto X2 should look similar to the original price.

Before the launch, Motorola Moto X2 has already received rave reviews by the Smartphone enthusiasts and it is expected to be the crowned product of the year 2014. It will be an affordable SIM-free Smartphone which actually makes it more appealing for the users seeking a lock free contract. You may keep checking the reviews for latest updates about the handset and to know more specs of the device along with the exact date of launch.

One thought on “Motorola Moto X2 – A Pre-launch Review”