It will be too early to tell exact price of Sony Xperia Z3 , which is expected to release this September 2014. Xperia Z2 made its mark in the smart phone market with its superior features and innovative technology and with the release date of Apple iPhone 6 and Galaxy Note 4 due, Sony will be looking to release its next generation smart phone dubbed Xperia Z3. 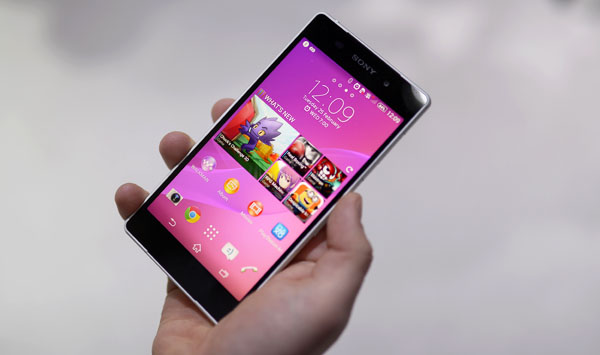 Sony after the launch of Xperia z2 in February promised to bring next gen phone within six months and now we have a confirmed news that Sony Xperia Z3 will be unveiled very soon than it was expected.

The expected price of Sony Xperia Z3 will be around 970 USD and come up with a 22 Mega pixel primary camera and 8 Mega Pixel front camera. It is also expected that Xperia Z3 might have a 1920 * 1080 pixel resolution with stunning 3,500 mAh battery, 3GB RAM and latest Android version 4.5 Kitkat update. The LED flash along with illuminator sensors are also the two possibilities with the rear camera.

Coming to the display of the phone, we know that Xperia Z2 is already available in the market with 5.2 ” inches screen display and companies like Sony, Samsung, Apple and Google have already started making big screens for their high end smart phones, so we can expect that Xperia Z3 might end up with a stunning 5.6″ inches screen display. Any other new innovative features will be welcomed by tech geeks and smart phones lovers.

There are several rumors and leaked news on internet about Xperia Z3 release date, price, features and specifications and people around the world are going crazy about Xperia z3. Plenty of rumors and news have also suggested a curved display for this phone, but it is unlikely that Sony will bring out curved phone in Xperia Series so early.

But, LG and Samsung both have already released their curved smart phones earlier. It is also expected that Sony will launch Xperia Z4 next year that is in 2015 at Mobile World Congress event.

Japanese giant will look to capture the market of high end smart phones with its upcoming phones and other stuffs. Sony will also try to revamp the design features and physical looks in its next gen phones, with 20 percent speakers more concentrated.

The price as told earlier will be around 970 USD. Higher price tag is expected due to its new and innovative technology that will be used in Sony Xperia Z3.

Sony will face very stiff competition from other major giants like Samsung and Apple, but it is still ruling the market with some of its phones. We have to still wait and watch who wins the race.