International travelers may be spoilt for choice when it comes to smartphones with one SIM card, but the selection of dual-SIM smartphones – particularly useful for business travelers – is surprisingly limited. Nevertheless, here is a rundown of the offerings from three major manufacturers: their different price points, form factors, and operating systems. Whether you’re looking for a budget-friendly smartphone, a capable all-rounder, or a larger display, these three models will fit the bill.

At the budget end of the smartphone spectrum is Nokia’s Asha 305 handset. It contains two Mini-SIMs on dual standby mode (either card can accept calls or notifications, but once a call has been accepted it cannot be transferred to the other SIM). It has a conventional smartphone form, with a 3″ WQVGA touch-screen that works on resistive (rather than more expensive capacitive) technology. 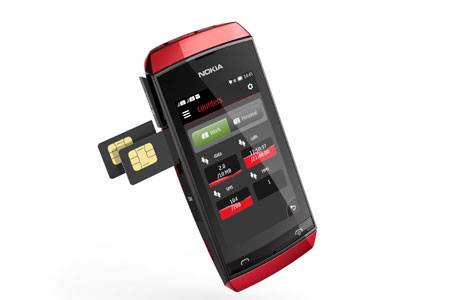 The Nokia Asha 305 runs on the maker’s Asha Touch operating system and interface. This may not be the most common smartphone operating system, but GSM Arena gives it high marks for ease of use, elegance and aesthetics, rating it “surprisingly feature rich, yet beautifully simple” in their review.

The Nokia Asha 305 will be an interesting smartphone for users who aren’t fussy about operating systems. The handset is one of the cheapest phones on the market to combine both a touch-screen and a dual-SIM feature.

A rung or two above the Nokia Asha 305 is the Samsung Galaxy Y Duos. This also features two Mini-SIMs and a 3.14-inch display, which places it firmly in traditional smartphone territory. It runs Android OS – albeit the older Gingerbread iteration – and comes with all the usual smartphone goodies like an accelerometer, compass, and capacitive touch-screen. 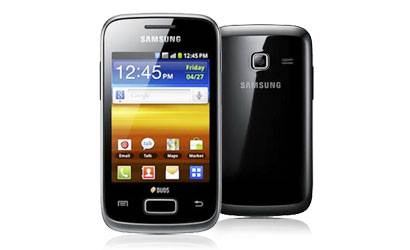 The phone manages the two SIM cards through Android’s notifications area instead of through physical keys on the phone’s body. It’s possible to select which SIM to use for data and a 2G-only toggle for even finer control of data use. There’s access to Google’s app store, Google Play, which means you can download the most popular applications and games on the market. The Samsung Galaxy Y Duos comes pre-installed with Google Maps and YouTube, as well as all the Samsung-specific tools: organizer, voice recorder, notes editor, and file browser.

The Samsung Galaxy Y Duos will be the best option for users interested in purchasing an entry-level Android smartphone with dual-SIM capability.

Lenovo has several android phones available, and the Lenovo S880 smartphone is what some reviewers are calling a “phablet”, or a handset that resembles something between a smartphone and a tablet computer. This is a good example of what smartphones can do. It features a five-inch, 800 x 480 touch-screen display: so it’s certainly larger than many mobile phones, but not nearly the size of your average tablet computer. It will still fit in your pocket. Like the other models, it features two slots for Mini-SIMs on dual standby mode. 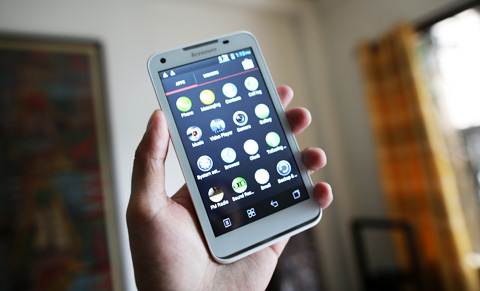 The Lenovo S880 runs Android’s Ice Cream Sandwich operating system and is powered by a single-core MTK 6575 processor. The handset has a quality feel about it and is attractive to look at. According to Lenovo, the battery lasts for 12 hours talk time and 300 hours on standby. It also has an FM radio and features Lenovo Smartsound with dual speakers.

This would be an excellent dual-SIM solution for fans of bigger screens and heavier multimedia consumers who want to have access to everything wherever they go.