The Skype app is now updated for iOS devices. There are a handful of new features and bug fixes that are really appreciable. Microsoft has realized the need to strengthen its Skype app on time and has come up with the new version. There are a number of free video calling apps available and these have taken a considerable portion of Skype users. However, with Skype getting smarter with each update, we are now sure that Microsoft will get back its users and move towards its lost position. Spend a few minutes to learn what’s new with Skype 4.5 for iOS. 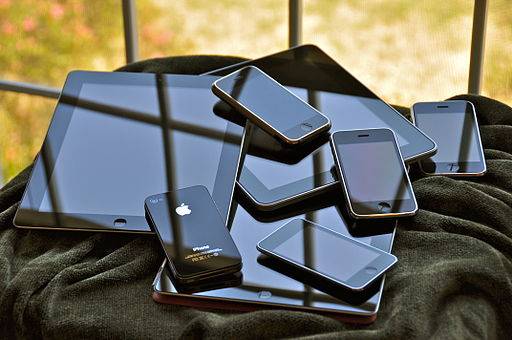 The best of all the new features is the Automatic Call Recovery. When you’re on a call and lose the connection due to poor Wi-Fi connectivity or such other issues, isn’t it frustrating to keep dialing over and over again? Skype 4.5 saves you the trouble of redialing by automatically dialing calls that are dropped. Therefore, there isn’t much to focus on other than your conversation when you’re on a Skype call. There’s also a notable bug fix in this version. The time stamps weren’t accurate in the previous version, but in this version you can see the correct time displayed against the instant messages you send.

With the previous version, the conversations weren’t displayed in the right order. However, with version 4.5, this is not a problem at all, because the conversations are listed in the right order. Another notable feature is that you can opt out of marketing opportunities. You can opt-in to use it though, if you wish. With our schedules crowded with priorities, a big part of Skype users are going to opt-out. You will be asked to register your choice when you first install Skype on your iDevices  There are different versions of it available to use on different iDevices like the iPad, iPhone and iPad mini. The interface is fluid enough to give you a comfortable experience.

The spacing has been improved in such a way that it looks great on your iPad mini. Now you can also add money from your iPad app to your Skype account for sending texts or making calls to landlines and mobile phones worldwide. This feature, however, is not for all people. It is only open to residents of the U.S, U.K, Sweden, Estonia and France. The iPad version of the app lets you view the conversations that are hidden from view on a separate sidebar. This could be helpful especially when you don’t want to interrupt the person whom you’re on call with for asking information they’ve already given you.

Another change worth mentioning is the routing set up for iPhones. The emergency calls will be routed through native dialer and hence you would find this app more helpful than before. As already announced, Microsoft will withdraw their support for Windows Live Messenger service next month. They made an official announcement regarding this as early as Jan 9 2013. Therefore, those who were relying on Windows Live Messenger will now have to depend on Skype, after bidding farewell to the 12-year old service. It has indeed come a long way.

Skype is a smarter and more helpful service when compared to Windows Live Messenger. Maybe that’s why Microsoft has considered discontinuing support for this service so that people can make use of better services. All the bugs that kept you from using Skype on your iDevice are gone and you can enjoy better conversations with Skype.

It is already available as a free app on Apple’s app store. The new features and the bug fixes have made the app worth trying. Take a few minutes out of your busy schedule to download it on your iDevice and try it out. I’m sure you would like it.

An internet enthusiast, Ryan Larkin writes about Social Media, SEO and the latest in Technology.

One thought on “Skype 4.5 Now Available for iOS Devices”