By looking at the evidence and making a reasoned guess, the bets are better than even that Apple’s new iPad mini will hit store shelves before Christmas. Blogs and analysts are buzzing that the new mini-pad is designed to compete directly against Google’s Nexus 7 and the Kindle. 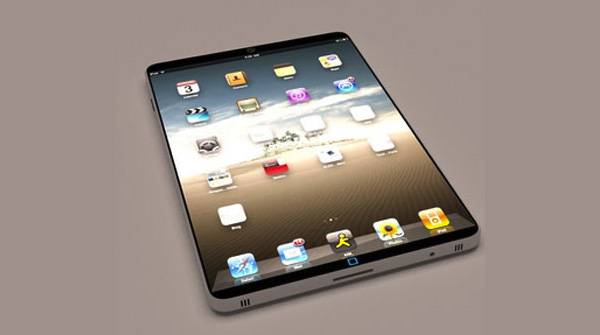 That evidence became known after Apple lawyers filed a claim with the World Intellectual Property Organization to grab the domain name iPad3.com from a domain name squatter. Someone had grabbed that domain name the day after Apple introduced its tablet. He had probably hoped to make a bundle of cash by selling that domain name back to Apple at a future date, but it doesn’t work that way if you’re squatting on a brand name. He lost, and Apple won.

Another good indicator that Apple is about to enter the mini-tablet market is a bold $1001 prediction by Brian White, a senior market analyst at Topeka Capital Markets. White made the startling prediction that Apple stock would hit the $1001 share price before the year ends. White said that the market has not yet priced the iPad mini into the stock. He believes the mini will be launched in conjunction with the new iPhone 5. Add in an Apple TV and an iPhone for China Mobile, and the market could see one of the largest consumer device launches in history, White said. White believes that the less expensive iPad mini will aim at developing markets and buttress Apple’s position as the leader in the tablet sector. Back in October 2011, White had said that Apple was hard at work on a mini.

A report from the Wall Street Journal confirmed that both Au Optronics in Taiwan and South Korea’s LG Display are working with Apple on display screens. This and other evidence seems to confirm that Apple is getting ready for a iPad mini launch. This move will come as a shock to those who followed Steve Jobs. Jobs famously called the mini a “Tweener,” a device that would never fit into Apple’s marketing strategy.

Other evidence suggests that Apple may have seen a disturbing trend. Apple’s tablet market share dipped to 55 percent in the fourth quarter of 2011 after the Kindle made a good holiday run with its mini-tablet entry. Analysts are speculating that Kindle’s performance may have scared Apple into action. At this date, Apple has 62 percent of the tablet market. The fact that the $199 Kindle knocked down Apple’s tablet share by more than 10 percent may have motivated Apple to move into the mini-tablet market now.

Apple Wants it All

With these mini-tablets, both the Google Nexus 7 and Amazon’s Kindle are targeting a tablet niche where Apple has no presence. Apple simply wants to dominate the entire tablet sector and is not willing to see Kindle and Nexus 7 gain a foothold in the market. Thus, the Apple mini-tablet will soon debut.

4 thoughts on “iPad Mini – the Next Big (but actually smaller) Thing?”