Samsung successfully launched its first phablet last 2014 and the Samsung Galaxy Note Edge is still making a name for itself in the smartphone industry. Access to your favorite applications and controls, a 160-pixel wide strip that’s sleek and smooth, personalization options, and its unobtrusive night-time clock are just some of the interesting highlights that this latest curve from Samsung possesses. 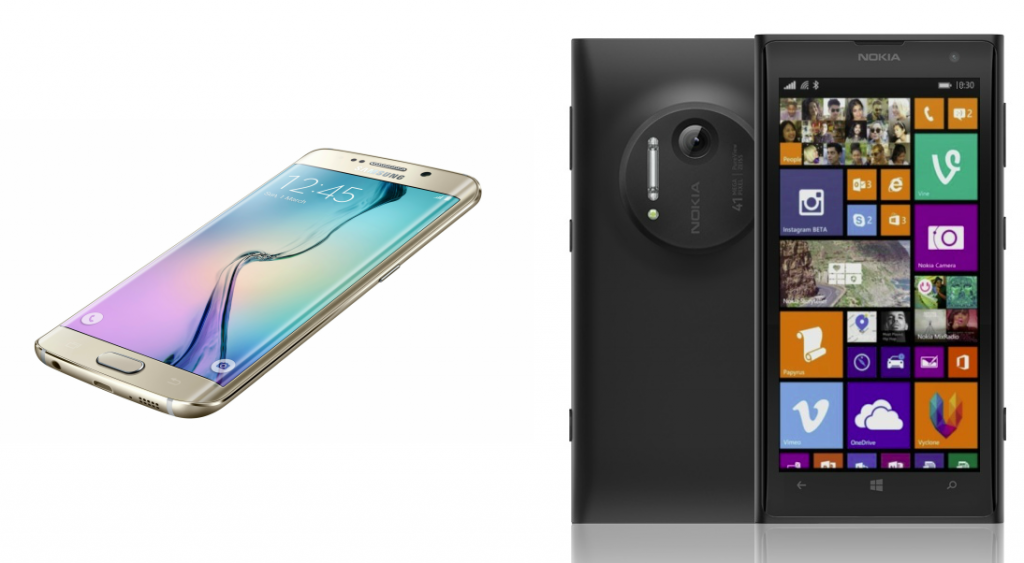 The release of the Samsung Galaxy Note Edge may be due to Samsung’s “we did it because we can” attitude — the original design and statement was definitely a hit for the market which is starting to embrace and fall in love with the literally massive size of the Galaxy note line of smartphones.

Availability of the gadget was also convenient. In a brief demo featured for the product, the night-time feature of the phone proves to be simple yet very useful. Its most common competitor — Microsoft Lumia 1030 — battles head-to-head with the features and specs of Samsung’s flagship phone. Here is a short yet concise comparison of Galaxy Note Edge vs Microsoft Lumia 1030.

Maximum performance is offered by the Samsung Galaxy Note Edge that comes with a removable Li-Ion 3000mAh battery. The phablet is powered with a Quad-core 2.7 Ghz Krait 450 processor. The Microsoft Lumia 1030, on the other hand, comes with a non-removable Li-Ion battery and is also powered with a Quad-core processor. Both phones support up to 128 GB external memory but the Note Edge is available with 32GB/64GB internal memory plus a 3 GB RAM. Lumia 1030 comes in 32 GB internal and 2 GB in RAM.

Taking photos has also become a primary factor in choosing smartphones. The primary camera of the Samsung Galaxy Note Edge phone is at 16 megapixels and offers Dual Shots, Simultaneous HD video and image recording, geo-tagging, touch focus, and HDR. It also has a face and smile detection software and can be used in taking panorama pictures. Its front camera comes with 3.7 Megapixels, 1440@30fps.

The Microsoft Lumia 1030, on the other hand, offers a 50 megapixel main camera that is 1/1.2” in sensor size. It also has dual capture, features a PureView technology, has geo-tagging, face detection, HDR, and panorama. Its front camera comes at 2MP, 1080@30fps.

In Galaxy Note Edge vs Microsoft Lumia 1030, Samsung Galaxy Note Edge is a clear winner when it comes to functionality and style over the Microsoft Lumia 1030. The Note Edge is also backed with Samsung’s AMOLED technology making it one of the best phones in the market when it comes to its phone screen. The S-Pen is also starting to show improvements when it comes to functionality to the average consumer. The raw power of the Snapdragon 805 chipset is also something to beat for the Note Edge. Serious competition is being faced by the Edge in the market today. The Note Edge continues to dominate the smartphone industry battling for first place against Apple’s iPhone 6 Plus and the Google Nexus 6.

One thought on “Samsung Galaxy Note Edge vs Microsoft Lumia 1030”