While the Google Panda and Penguin search engine changes are still fresh in the mind of every single search engine optimization service around the world, the truth of the matter is that those two major shifts are just the tip of the iceberg. 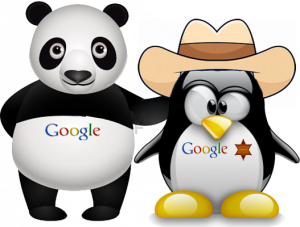 And though it can certainly feel like that iceberg already sank the Titanic of millions and millions of websites around the globe, you need to brace yourself for whatever else is coming down the pipeline. Focusing on only what works today a rather than what will work forever is tremendously shortsighted, and will force your business and website to end up on the “naughty list” of Google and the other major search engine networks – crippling your ability to compete and content with those who thought in long-term scenarios.

Most people don’t even fully understand or grasp the fact that Google has very specific goals when it comes to the use of their search engine, and they are almost always in equally opposite direction of our own goals.

Where we – as smart and savvy business owners – would look to game the search engine networks in an effort to drive more and more traffic to our websites (hopefully to sell more and more of our products or services), Google and the other search engine platforms are trying to provide only the most relevant content to each and every one of their users.

Now, sometimes these goals overlap – but Google is specifically looking to give relevant information (whether or not it makes us money is of little consequence to them), whereas this can be one of the most significant parts of our business.

Trying to focus more on how to bring these goals closer to the middle is going to be critically important in the years to come, and should already be a major focus of your chosen search engine optimization firm.

While black hat tactics used to work absolutely fantastically to sky rocket your results almost overnight, the cold hard truth of the matter is that the major search engine networks are looking to put an end to those spammers and a death to black hat tactics at every single opportunity. We all understand that using black hat methods are a little bit outside the realm of proper use and that there is a bit of risk in running them – but until now there was a reward that we could enjoy that almost always made it worth it.

But when staring down the potential of finding our websites kicked from the platform entirely just because of a single instance of black hat techniques, we’re going to find that more and more people focus on white hat tools and fundamentals than anything else.

While we all understand that the social networks like Facebook and Twitter have been able to produce some very amazing traffic stats of their own, more and more search engine networks are relying on social signals as a more democratic vote, so to speak, than the traditional back link. This could change one of the fundamental ways that we rank our websites, and is deathly worth paying a considerable amount of attention to.

The social web is only getting started, and while we don’t fully understand what it will be in just five short years (or even 10, 15, 20 years down the road), it’s best to think in long-term strategies and short-term tactics when it comes to search engine optimization.