The Internet changes every year, and Internet marketers have to change with it. The Internet is no different to any other marketing platform. They all evolve and so do the players within them. Here is a short list of the relevant points you need when advertising in the year 2014. 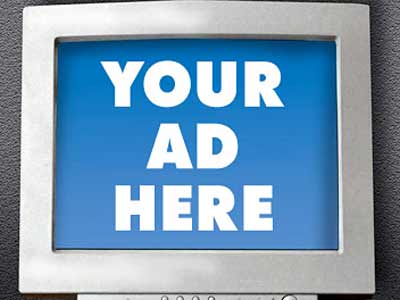 At the moment, all of the methods below are still applicable when it comes to advertising on the Internet. How you use each method and the level of success you have is truly up to you.

It is here to stay because Google is still the biggest search engine in the world. It has more users, more websites indexed and makes more money via affiliate advertising. They have a massive network of affiliate websites that may display your adverts, and you may have your adverts displayed on the Google search engine results pages, which is going to reach a lot of people around the world.

You can specify numerous things with Google AdWords (their affiliate advertising platform), such as when your adverts run, how much you pay for traffic, where your adverts run, etc. The main point is that Google is still the big cheese, which means affiliate advertising on its network and search engine results is still useful and potentially a good way of getting traffic or spreading awareness.

Direct links from articles is back

Getting links from articles and article websites went out of fashion for a while. This is because a Google update closed down a lot of content farms and people lost confidence in article directories and websites (even the legitimate ones). To handle the backlash and hole this left in peoples SEO (Search Engine Optimization), Google decided to make blogs and guest blogs more powerful in SEO terms. This period has now passed, and articles on article websites are just as powerful as guest blogs in SEO terms. The article websites left are the ones still indexed on Google, which means they are safe.

Blogging is not as powerful but still very relevant

As previously mentioned, Google did put a certain amount of emphasis on blogs because of the black hole left behind by numerous article directories/websites/farms being removed from the Google search engine results pages. This however, sprouted a massive surge of blogs with some people having tens of blogs at a time. There is now so much poor content swimming around the Internet because of blogs that Google has made them less search engine friendly. They are still relevant and should still be a part of your search engine campaign, but are not as powerful as they once were.

Yahoo and Bing operate from the same index. If a page is indexed by Yahoo, then it is also available on Bing (and vice versa). Together they are still not as large and powerful as Google, but they are used more than other search engines such as Lycos and Ask, so it is worth your while considering advertising using their affiliate advertising program.

The social media steamroller has slowed down but is still relevant

The fuss about social media has not died down, but online “gurus‘” insistence that it is the be-all and end-all of online marketing has finally slowed down. There are now fewer saying that it is the one and only solution you need to your online advertising. This may be because there was proof published that most conversion rates never reach over 12% (at best). Still, the 5-8% you may convert is still worth a social media campaign. You are not going to get lots of traffic like you were promised by online gurus just a few months ago, but it is a bit of extra traffic and it is relatively free.

Email advertising is dead but opt-in newsletters are not

You can advertise via email, but filters are so good that you will probably be blocked. Plus, people are now experience-educated enough to ignore most emails they receive unless they are of direct interest or are from people they know. Still, if you give people the option of opting in to your email newsletter then it is worth creating one. If people opt-in willingly to receive your newsletter, then that is as good as free advertising.

Affiliate advertising on websites is okay but not a backbone method

There are lots of affiliate advertising networks you can try. They should definitely be considered within your online marketing campaign, but do not make them the backbone of your campaign. They are nice way of pulling in a little extra traffic, but gaining almost all your traffic from them is much too expensive.

Blanket social media marketing is okay in the short term

This is where you post a similar post on all the social media networks at a same time in order to maximize the impact of your message. Do it infrequently and it may have some effect. Do it too often and people will stop following your social media profiles–after all, why follow your Google+ and Facebook if they both keep saying the same things?

People ignore press releases and Google have ranked them so low that they have little SEO (Search Engine Optimization) value. This is because too many people abused press releases and just published any old crap for a bit of attention. Still, an occasional tweet with a “press release” feel on Twitter is still an effective advertising method–though it does not help your SEO directly.

2 thoughts on “Internet Advertising Methods in 2014”