We’ve all been through it. You’re sitting there in front of your PC, watching hopelessly as the loading icon refuses to disappear. The revolving motion it decides to adopt starts to drive you insane after a certain amount of time, to the point where you cast the laptop aside and shout “Where’s the Encyclopedia?!” 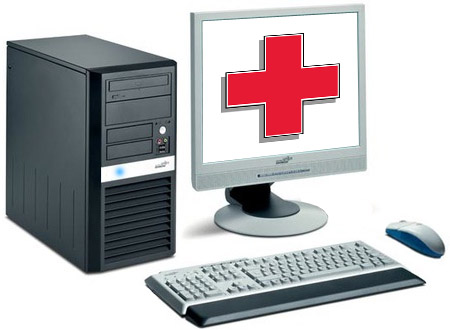 There’s no doubt the frustration we often experience with our PC’s is to be expected over time, especially if you’re still reliant upon a PC that’s well out of date and trying to cope with all the latest software upgrades that are meant for the faster computers of today. However, there are a few ways you can squeeze every last drop of efficiency from your aging PC if you follow these steps.

If your desktop is overflowing with icons that make little to no sense to you whatsoever, you probably need to start cleaning up your desktop. Whilst it might not seem like something that should contribute to the gradual deterioration of your PC, having multiple software icons does contribute to the booting-up process, slowing it down dramatically. Get rid of the icons you don’t need there and organize loose files and folders a bit better in future.

Get Rid Of Old Programs

If you’ve had the PC for years, it might be time for you to look at some of the software you’ve downloaded in its lifetime. Multiple programs can take up space on your hard drive and they also require the use of your operating system whether you’re using them directly or not. You can really speed up the overall performance of your PC by getting rid of programs you no longer require.

Your computer relies on RAM to operate the various aspects of your PC, so having programs start up automatically will see them all scrambling for first place. For example, you might have Skype, iTunes and Antivirus software all starting up at the same time when you boot up the PC, which can leave you waiting a long time to get going once you turn the power on.

If you’ve got a laptop, you might have noticed that you can select a power saver option that reduces various aspects of the PC’s memory when disconnected from the mains, such as the brightness. There’s no need to have power saver selected when you’re connected to the mains and you might have forgotten you have this selected. Alternatively, high performance allows you to run multiple programs more effectively at the same time.

If you think you’ve done everything you can to speed up your PC but the performance is still poor, you might have a virus on your computer. Windows is particularly vulnerable when it comes to viruses, so don’t be surprised if your PC has managed to get on, especially if you haven’t been using Antivirus software. You can run a scan of your PC using specialist software to target and get rid of harmful programs and files.

3 thoughts on “5 Ways to Improve Your Computer’s Performance”