Advertising is a high-stakes game played by all kinds of businesses. Their techniques and strategies may differ, but their goal is always the same: reach their target audience and make them want to avail of their products. Nearly everything we see is now littered by advertisements, ranging from the movies we watch to the streets we walk on. 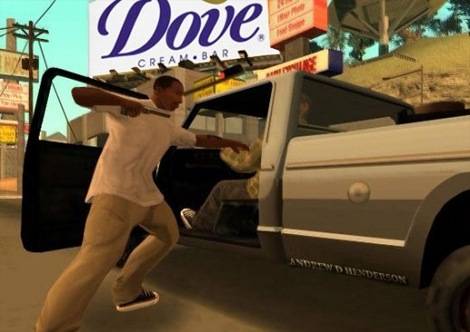 And now, even video games are starting to become a vital part of the advertising game. What is in-game advertising all about, how is it done, and how do people (both producers and gamers) think about it?

The history of advertising on games

Technically speaking, IGA, as it is commonly known, is the integration of advertisements into the game proper. While the concept may seem new thanks to the rapid commercialization of different areas of human society, this phenomenon has actually existed for a while now. In fact, it has existed as early as 1978, when the makers of the game Adventureland inserted an advertisement to promote another game that is to be released later. Commercial advertisements on video games first appeared in 1991, and have since expanded to different forms and game genres.

What is the logic behind putting advertisements on games, you may ask? The answer seems reasonably simple. Because gamers, mostly composed of males in the 15-40 year old range, spend a lot of time playing games that they subconsciously develop awareness on the different products shown on the screen during gameplay. Its overall effectiveness is still being debated, but the fact that it stuck around says that there’s some positive sales effect linked to it.

As constituted, there are 2 types of in-game advertising according to how they are placed during the game.

1. Static advertising- This type of advertising can be compared to product placements done in the film industry. These ads are programmed directly into the game, and therefore cannot be changed once the game is released to the public. Most of them are in the form of background advertising (supposedly for added realism) or tools used in the game (ex: particular brands of mobile phones or food).

2. Dynamic advertising- In contrast to its static counterparts, dynamic advertising can actually be updated or changed according to the whims of the game owners. This approach to advertising increased in prominence thanks to the emergence of online games. Most of these ads are of the billboard type, and are shown in different parts of the game such as the loading screen.

What people think of in-game advertising

Opinion on the use of IGA is being highly varied in the hierarchy of people involved in the gaming industry. For game developers, this is an additional means of revenue, allowing them to get more revenue from the games, as well as add necessary funds for creating new games and updating pre-existing ones. For gamers, response to it is a bit more complicated. Some gamers think that it’s simply a part of the video gaming experience nowadays, while others think that it messes up with the integrity of the video game. Regardless, it seems like IGA is here to stay.