Shopping on eCommerce stores are becoming more and more popular with each passing year. If industry experts and market research are to be believed, business on eCommerce stores will see exponential rise with every passing year. If US consumers are now spending $1,200 – $1,300 per year on shopping online, it will only double by the year 2016, While online stores gain in popularity, the webmasters and developers have no choice but to pay extra attention to the security of the site. 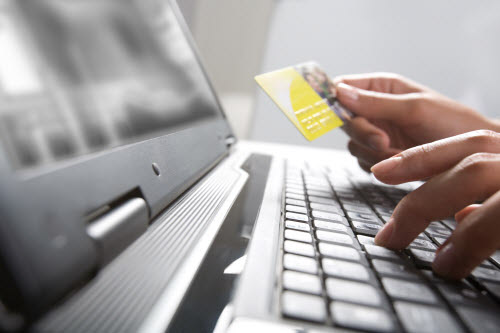 Ecommerce sites regularly deal with sensitive data such as user’s credit card information, date of birth, social security number etc. Such information are highly valued in the black market and hackers are always on the prowl for such information. If an eCommerce store is not well protected, the prowlers can easily attack and enter the database, thus destroying all information.

There are several things at stake when an eCommerce site’s security is compromised with. The company running the site loses its credibility and the consumer’s trust. This can have a very long-term effect on the company and it may take anything from a few months to many years to rebuild the trust. Matters can get worst if a consumer lodges a complaint and sues the company. Things become dirty and long-drawn then. On the other hand, a consumer is probably at a greater risk when hackers enter the database of an eCommerce site. Information such as their credit card details, their phones numbers, social security number are all at stake at such times. It doesn’t take much time for an expert hacker to empty a consumer’s bank account when they have such important information with them.
How Should Ecommerce Sites Secure Their Site?

Use A Protected And Secured Server

Administrators or web developers need not be told the importance of a secured server for running an eCommerce site. Nevertheless, it is only imperative to mention it in the very beginning. Secured servers costs extra bucks but it is always better to spend a little extra rather than to repent later. While it is almost essential to use a protected server for an eCommerce site, it is equally important to keep the main site away from all supplementary sites you might be running. This means that if you are running a user forum or a blog along with the main store, you should not use the same server to run all of them. This acts as an extra level of security in case a hacker enters the blog and then the store’s database.

Encrypt Data on the Ecommerce Site

Modify your codes regularly and encrypt your data. You are not required to store user information for a long time, especially information such as full credit card numbers, expiration dates etc. If you think that storing such information is necessary in case there is a problem with the customer at a later stage, you should understand that charge-backs and refunds require very little information and can be easily acquired from the user once again.

Get a SSL Security Certificate

The Secure Socket Layer (SSL) is a protocol that ensures secure transactions between browsers and web servers. Basically SSL encrypts data such as credit card numbers and prevents hackers from stealing them. An SSL protected site will always have an address that begins with HTTPS. The SSL certificate on the other hand rests on the secured server and encrypts the data which helps to identify the website. While you can apply for a SSL security certificate by yourself, there are several ecommerce platforms such as Shopify that comes with a built-in SSL certificate.

It is always a good practice to think in advance or rather think like a hacker. This will enable you to think in advance of all the malicious intent that the hacker could have and accordingly work on your website’s security. Try this – once the site is ready and secured according to your satisfaction, ask an ethical hacker to break into the site. If he is able to do it then your site isn’t completely secured. On the other hand, if he had a tough time breaking into the site, you can be assured about the security.

Website insurance is a new idea and isn’t widely popular yet. Though it cannot guarantee 100% safety to your site, it still isn’t a bad idea to get your site insured. There are certain companies that offer website insurance and they insure against loss of data, software and programs, if any physical damage happens to the website, in cases of virus attacks etc.

The web industry, particularly the ecommerce industry is maturing with each year and it is only assuring that ecommerce security will further improve with better technology. While that happens, make sure you update your website’s security regularly.