One of the chronic issues faced by most Smartphone users is an almost non-existent battery life. As the life of the Battery is considered lousy and surely can’t last for longer duration. The life of the battery can be compared with the mileage of the car, which varies according to the usage of the device. 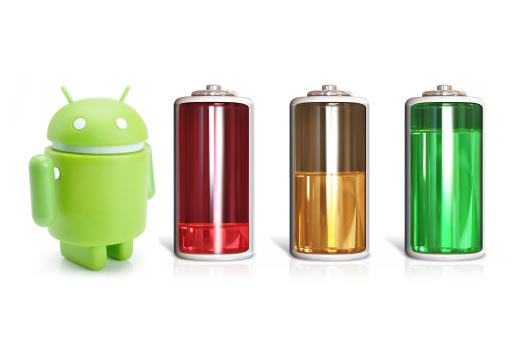 Although in some cases the battery life could be extended by taking precautions like making less calls and restricting yourself from downloading chunk of data. But unfortunately that is not going to help you as surely you buy a smartphone for making the most of it. Thanks to android developers and Google Play store you can use some third Party apps which brilliantly modulate the energy of your phone which is based on the usage, behavior and demand of the user.

For checking the battery status the option which you could rely on is the Battery Indicator which needs to be checked on a regular basis. And for doing this the two best options which are available to you are Green power and another option is the Juice Defender. Whereas the 2X battery is not considered as the worst option although it is surely limited in managing the cell data and doesn’t have the option of managing the WI-Fi connections. In case the feature of handling the WI-Fi connections in the 2X battery is added then it can be considered as another contender for the battery power.

Although droid developers are already busy devising some better solution for improving the life of battery, you can always buy new phone for a better battery life. But don’t throw your old used phone away, instead re-sell them and make money out of it.

It is power packed with remarkable options and features which enhances the life of the battery. It lets you manage lots of options like Wi-Fi along with the Bluetooth as well. Also having some unique and preset modes which are like balanced, aggressive etc. which allows the user to toggle between the portions of their mobiles and selecting the right option which can keep your screen activity.   Apart from its free application it is also available in the paid options with costing of approx. $1.99 (which is the plus version) and $4.99 (which is the Ultimate option). The selection of the application should depend on the number of features you are going to look at.

Another extended and enhanced free applications with lots of features incorporated in it. It provides the user with painless and quick access to toggle between some common connections which are available. Such as Bluetooth, GPS, WI-Fi and mobile data. As the users generally love to toggle between the connections and switching some of them off when they are not using them. The application also includes some smart pre-set power saver modes such as Economy, Power saving and normal mode. For users who like to pack a punch with their phones it includes customizable modes such as Reading, Cinema, Gaming and Custom. This app is a must have!

This application is helpful in keeping an eye on the applications which are draining the battery at a faster rate. It assigns scores to the battery positions which lets you judge which applications you can switch on and off according to the requirement. Although it’s a free application provides remarkable features, still there are some enhanced features available with its purchased.  It costs around $4.99, which is an upgraded version and it allows some schedule setting.