Whether you’re working an office job, doing some field work, or handling freelance projects for clients, you’re bound to deal with a few phone calls in your life. Sure, people can contact you through email or private messaging and they can even reach out to you through a social network. But, as we all know by now, electronic mail and private messages don’t convey sufficient urgency – neither do social networks. In fact, a People Claim infographic posted on GetElastic showed that social media is the worst place to bring up customer concerns because Tweets and Wall posts from customers are downright ignored. 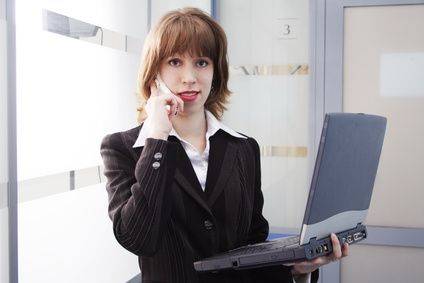 Of course, you can ignore phone calls too – advanced business telephone capabilities have made it possible through features like voicemail, call waiting, and the like. But that doesn’t mean you should. In fact, you shouldn’t ignore any messages at all, whether it’s via social media, email, or more traditional means. However, it is agreed that ignoring phone calls is the worst thing you can do as a professional, no matter how busy you get.

Why is it such a big deal?

You need to let other people know that there is another human being on the other end of the line who cares about them and their needs. Whether it’s a boss, a customer, or a colleague, the other person needs to know that you’re there to handle things.

This is especially important if you consider the fact that you are likely getting a call because the matter at hand is urgent – at least, to the caller. Answering the call lets him know that you respect the urgency of your call. If you don’t, you’re basically telling him that any concern of his is invalid as far as you’re concerned.

But how do I get work done if the phone keeps ringing?

We’re not saying that you should answer every single phone call that comes in – you do need to focus on OTHER tasks at hand. But that doesn’t give you the license to send each and every phone call you get to voicemail (where it’ll likely languish until the end of time, or at least until the system automatically deletes it) either. What we ARE saying is that you need to communicate with the person at the other end of the line, and that you basically have the tools to do that effectively.

There are advanced phone features that help you decide which calls to answer. Caller ID tells you who’s calling – boss, client, or stranger – so you know if you should pick it up ASAP. You can use presence technology to indicate your call availability, so people in the organization won’t have to bother you with a phone call (and can even go as far as answering your calls for you).

It may be better if you answer your phone calls, but that doesn’t mean that you do that to the detriment of your tasks. In fact, it’s likely that you won’t be able to give the call due attention when you do this because you’re too worried about what you were doing before you picked up the phone. In cases like this, it’s perfectly fine for you to rely on voicemail features provided that you listen to the messages and return calls as soon as you’re available. If the task won’t take too long to finish, it’s fine to use call waiting as long as you don’t make the wait last for more than a minute.

The point is that we need to use the phone to talk to people again, not cut them out. Otherwise, why have a phone at all?

Kathryn used to work in advertising, but is now working as a freelance writer. She tends to write about business and communication. She’s married, has two sons, and several pets.