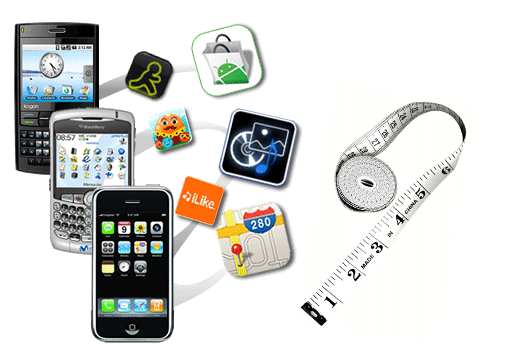 The basic version of this tool is available for $19.99, while the price of the costliest version is $49.99. It’s a design toll for iOS applications. You can create mockup designs of an app with the help of App Cooker. The application is certainly not cheap, especially when you consider the other tools mentioned above. However, it is feature-rich, and if you are concentrating on iOS only, this can be a logical investment. App Cooker helps you from the initial stage of a project to the organizing process as you start actual development work.

When it comes to multi-platform mobile application development, thousands of developers around the world prefer this tool. Developers love it for mainly two reasons. First, it’s an open source tool. Second, it lets you build apps for almost every mobile operating system you can imagine. You can build apps for devices running on iOS, Android, Symbian, BlackBerry and even Palm.

Your JavaScript, HTML and CSS skills can be used to create mobile apps when you have PhoneGap on your side. It lets you manipulate a phone’s hardware features such as camera, GPS/location, accelerometer, sound and much more. Besides, this tool offers virtual training courses so that developers can start building apps without facing a steep learning curve.

This mobile application development tool lets you develop apps that can run on Smartphones, tablets and personal computers. It supports many web programming languages like Ruby, HTML, Java and Python. Thus, as a developer, you have the freedom to choose whatever language you prefer the most.

Developers get access to more than 300 APIs and location data. To make things easier for developers, the tool provides customizable metrics for actions and events. Apps can be built as per the device hardware specifications and all the application data can be kept in the cloud or on the handset.

This is the tool for newcomers in the mobile app development business. It’s basically a WYSIWYG editor that gives you the freedom to drag and drop mobile app elements to create the desired effects. Obviously, you can expect it to help you build a top class app, but when you are a newbie, the experience matters more than perfection. You can also export your Whoop app in various operating systems, including iOS, BlackBerry, Android and Windows.

Both of them are helpful for developers building applications for the iOS and Android platforms. While the Android Style Guide helps you clear your doubts about various core issues such as wireframing and tracking, the iOSs Style Guide is a must read for all who wish to build an app for iPhone, iPod or iPad. It offers you a set of guidelines that you should study before starting the application development project, so that you do not make common mistakes during the project.

Are you planning to develop your first mobile app? Will you be creating native apps or cross-platform apps? Please let us know in the comments!