Video gaming is a controversial topic. Excessive gaming has been blamed for a variety of health and social problems. So what are the health risks of video gaming and are they significant enough to encourage parents to think twice about allowing their children to spend hours playing them? 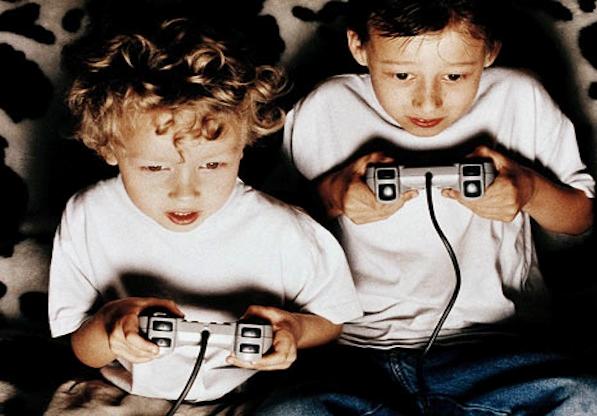 There has been some research done on this contentious issue and it has been found that there are both benefits and risks to video gaming.

Four of the benefits are:

-Being able to read diagrams.

Four of the health risks are:

Obesity is a rising health concern in many countries worldwide and obesity in children is becoming more common and is even more concerning. Many factors must be considered when discussing why this is. The sedentary lifestyle of today encourages children to become ‘couch potatoes’ rather than encouraging a healthy active lifestyle. Video games certainly contribute to this. Due to the extremely addictive nature of video games, some children could spend nearly all their free time playing them.

Many video games available today involve shooting, killing and theft. Some of these games feature heroes that are morally reprehensible, violent characters, often full of rage and vitriol, and the games regularly have dialogue which reflects this. Evil and destructive behaviors are portrayed as acceptable and in some cases, heroic. According to nuerosurgery resources, video games not only expose children to viewing and hearing harmful material, but they actively engage them in it and ask the player to actually participate in the virtual world through the eyes of their character. Such a level of engagement, research has shown, can contribute to rising levels of aggression in children.

As most video games are played sitting down, the player usually remains sitting in one position for long periods of time. Depending on their chair, it is possible that the player could develop problems with their back and neck muscles. There is also a risk of developing arthritis in the hands and fingers due to the overuse of these muscles, and some studies have shown children as young as seven complaining of this.

As with watching extensive reading, too much video game playing can contribute to strained, sore and tired eyes which can cause headaches and permanent loss of vision.

So while there are some benefits to playing video games, there are also significant health risks to overuse of them. Parents should be vigilant and impose limits on the amount of time their child is allowed to play.

One thought on “All Fun and Games: The 4 Hidden Health Risks of Video Gaming”