There’s a school of thought which believes that playing computer games, far from causing the eyesight to deteriorate, can actually improve it to a large degree – that is if you have poor eyesight to begin with. 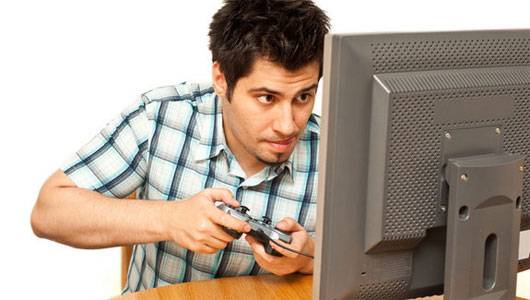 Research Carried Out By A Canadian University

An academic at McMaster University in Canada had come across earlier research which suggested that a certain amount of gaming made a significant improvement in the eyesight of young people who had been almost blind as babies.

The patients in the study had been born with cataracts in their eyes which were subsequently removed. The operation did not result in them having good vision as the babies were left being able to distinguish light but without any detail.

Over four weeks this research sample of young men and women played video games for forty hours – at ten hours a week. A reported improvement in vision was then noted, shown by the observation that the patients could read two more lines on an eye chart, something they had been unable to do prior to the gaming experiment.

So why did playing these screen-based games have such a positive effect? It is thought to be because the brain responds by stimulating sluggish cells and encouraging fresh links.

The research is likely to be popular with the young who have had very poor vision as babies. By indulging in visual, sports-based games on a Playstation or Wii they could actually be helping the quality of their eyesight to improve.

After spending forty hours of time gaming over four weeks , the patient sample could discern the difference between faces and the location of movement. This was in addition to being able to view more lines on an eye chart.

The Professor who set up this research study presented her discoveries to the American Association for the Advancement of Science. She stated that: “Videogames have got a lot going for them in terms of them being an optimal visual therapy.”

Her observations concluded that during the first ten years of life the brain learns to decipher visual material. However it needs to receive a critical amount to do this and if this is not possible (due to an issue like cataracts) then it will find it difficult.

By interacting with vigorous games the brain is encouraged to make a sustained effort and forms fresh connections which have a positive visual result.

2 thoughts on “Can Playing Computer Games Help Eyesight To Improve?”