Assume that you have developed a wonderful app with unique features for your business. Now, after spending so many bucks on your app, you are not able to generate the revenue commensurate to such a huge investment. You thought, getting an app out in the market would automatically start the deluge of revenue inflow. But, in the competitive and rapidly exploding app market, you need to do several things to generate continuous revenue from your app. Initially, you have to stand out and get noticed from a sea of other similar apps. 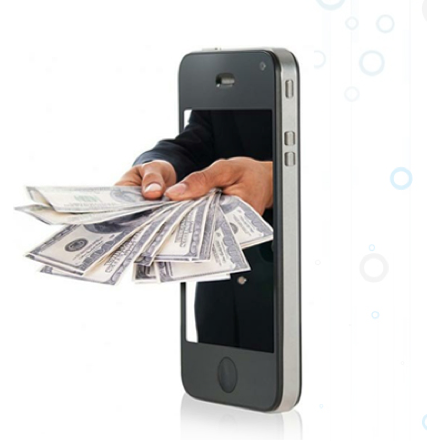 Once you achieve that objective, you have to make your app desirable enough for people to feel inclined to download it, and also make the app worthy of repeated usage. If these aspects are taken care, you are bound to generate revenue regardless of the revenue model you implement for your app

Many a time, users download an app and it sits in their smartphone for a long time after it gets deleted altogether. To avoid this from happening, send out push notifications that notify existing users of a new update or an activity on the app. The major mobile app stores don’t permit sending out promotional or advertising-oriented push notifications. Doing that might result in the app getting kicked out from the app store for eternity. To avoid send out the push notifications and also avoid this situation, you should make use of the geo-location, geo-tagging and social media integration features. The geo-location and geo-tagging features allow you to notify users of activities of other users that are nearby. Social Media integration with the app allows users to post their activities on their social media profiles and let their friends. This widens the reach of the app with the inherent features of the app self-promoting the app.

If you have a game app, alter its Storyline and Hotspot settings

The single-most important thing that determines the success of any game app is its storyline. A game without an intriguing storyline has significantly lesser chances of becoming a success. To give a facelift to your game storyline, you should make good use of ‘red-herring’ and ‘hooks’. It provides an x-factor to the game by making it challenging and praiseworthy. More importantly, it makes the game addictive, which many a times even the games with the top-end graphics fail to achieve. While altering the Storyline doesn’t directly contribute to the revenue, it goes a long way in ensuring that the users use the app on a regular basis.

Hotspots can be defined as those points in a game when the enthusiasm of the player is at fever pitch. You can make the best use of these points to generate revenue, as this is where you have an indirect control over the users decision. To get the most out of such instances, you should insert in-app purchases that boost his gaming profile instantly. You can also allow a user who fails the current level to reach the next level by paying some money.

Although it is a norm to gamify game app them, it is a neat trick which other apps can employ as well. Gamification means that you reward the users with something precious for any of their achievements. It can be coins, jars, bracelets, crystals or even rings. The points is, making the users feel that their achievements are valued and keeping them hooked on to the game. What other apps can do is, they can also introduce rewards on accomplish something that unravel the hidden features. For instance, a registry cleaner can reward a user with some virtual currency on deleting a prescribed amount of extraneous data. The user can use this currency to then disclose the some exclusive features. This hierarchical rewarding structure keeps the users wanting for more. However, it really important to provide something of value every time he redeems the reward.

There are times when some apps are touted as potential success stories based on their inherent new features and utility. However, they fail big time and end up biting the dust. Essentially, these apps fail despite of everything going for them. This happens when users don’t understand how to utilize the many unique features of the app.

Whenever users download an app based on an absolutely new concept, they at least expect a small tutorial in the app itself, or at least some kind of support online. Since a majority of them are naive users, it is very difficult for them to figure out how to operate a new app. So, they try using it multiple times, but when they are unable to do it, they search the app or the web for any related info. When they are unable to find it, they simply give up. Thus, an app loses out on countless customers because of a lack of an instruction guide or support. What owners of such apps don’t realize is, these guides not only help in acclimatizing users with the app, but they also act as a promotional material for them. So, it is essential to have an instruction guide or support material on the app webpage or on the major app websites. Game apps can also have their Cheat codes posted online which piques more interest in the game.

These small enhancements although not new, when utilized judiciously, can do wonders for generating revenue from your app.