Sony has finally showed off an all-new sibling of their Play station line – Play Station 4. The seemingly flawless details of the new gadget and the uniquely improved hardware specs will surely amaze game fanatics. Since Play station 3 is continuously hitting its pace despite being pricey, Sony wants to keep its flagship in the world of video games but with some brilliant modifications that will make the new product even more popular than its predecessor. This is the purpose of the official launching of Play station 4. 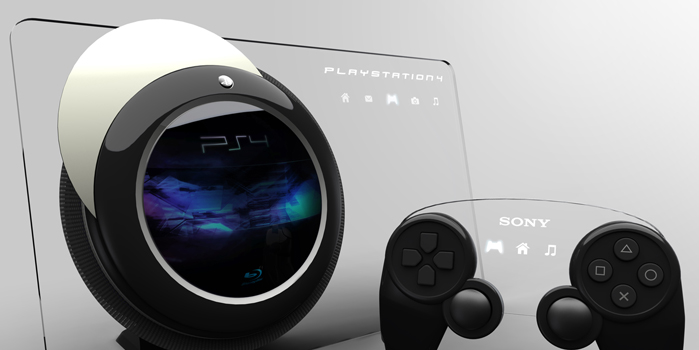 There will be more upcoming creations from Sony that are currently in their stages of conceptualizing and ironing imperfections at the Sony’s R&D stations- but Play Station 4 has made a major mark as far as improvements and uniqueness are concerned. Here’s to help you picture it:

It is evident that Sony is shying away from the entertainment base reputation of their previous Play Station model. The new Play Station is concentrated more on the games and their creators. This observation is backed up by its CPU platform which is x86 – noted to be a handy toll for game makers to install titles in the new console and computer where settings can be set up. This is predicted to steal away some market share from the Xbox 720 of Microsoft.

PS4 system runs in a single-chip custom processor. It utilizes 8 by 86-64 AMD Jaguar CPU core with AMD Radeon-based graphic engine power. If you think of it, it is very close to the PC-based system. So, it is an advantage for many developers contributing to its game selections. It will make their jobs easier and fuss-free when coding games through the PC and hooking them up to this next generation console. On the contrary, that CPU system is not basically a modified next-gen console but there’s no doubt that AMD Jaguar is definitely the fastest of its kind. Nevertheless, with few simulations from the PC, PS4 will absolutely be able to provide an interactive game viewing consuming its every single Watt of power in motion.

Playstation4 is packed with 8GB of GDDR5 memory. It performs super-fast that it also enables rapid lightning endurance in the process. It has a broad memory that can power down the device while on the mid-game and can easily switch on again to continue the game. It doesn’t take long for the power of memory loading to resume the game. PS4 also have Blu-ray disk support and good DVD plus HDMI output. This includes Analog-AV out and an optical digital output. PS4 has PlayStation 4 Eye. It is the latest development as far as camera system is concerned with two highly-sensitive camera installation. It has wide-angle lenses and 85 degrees diagonal angle views. The camera resolution is 1280 by 800 pixels and there’s no problem catching an image from the background. You can also enable the facial and voice recognition logging process for your best buddy to begin the connection with you automatically.

PS4 will serve as the “Holiday 2013” offering of Sony. This was assumed to be widely available first in the U.S., Japan and U.K. followed by other European territories before 2013 ends. The distribution will continue outside of these markets until early 2014. The marketing campaign is pretty much interesting because the PS4’s release schedule will have some overlapping with PS3 while it is still ranking as one of the leading brands for its classification. This will give prospective buyers enough time to prepare or save for this exciting device- to grace their collection.

There are no confirmed details yet for the actual cost of the gadget. But there is a leakage that Sony will rate the new PS4 at $400 in the U.S which is equivalent to 255 pounds in the United Kingdom. This is according to the recent report from The Times magazine. This would mean that this is more affordable compared to PS3. Therefore, there may be some truths on critics’ analysis that Sony will not anymore impose the high pricing of their successful PS3 to increase their sales even more. It looks like Microsoft has to do some protective measures not to lose substantial Xbox 720 sales to PS4.

Stacy Carter is a tech writer and blogger laying out for tech news via online exposures.