Data virtualization. It’s a tricky topic for even IT experts to get their heads around, but is, in deployment, revolutionising the way that data is served and accessed across the web. This first article will look, in the simplest possible terms, at what data virtualization is and which business needs have driven its expansion. 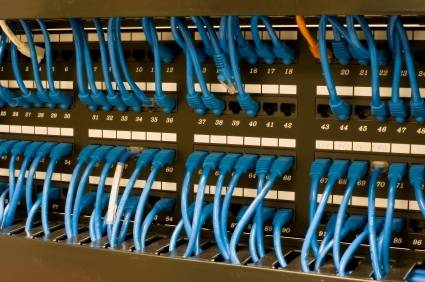 To answer this, let’s look at the current state of play in around 85% of enterprises (as of 2006, according to F5 Networks VP of Marketing Erik Giesa). Access to information comes in three flavours: the Web, Applications, and Databases (storage). For example: information through a browser, document-editing capabilities using an office program and a file system to access your saved files. The people keeping that running are the IT admins in the organisation. Their main concern is that all three of these layers remains accessible as often as possible (most companies aim for 24/7 access, with 0% downtime, though that’s rarely the case – realistic figures are somewhere between 95% and 98% uptime). In order for you to access the application or database layer, you typically have to access a server (or multiple servers) owned by the company. Should anything happen to that server, there must exist a redundant server to which the IT admins can switch (or a central admin server can automatically switch). If that one fails too, it’s best to have additional redundant servers.

So, we have a number of servers – expensive company assets – that are potentially sitting dormant for long periods of time, but requiring maintenance and ongoing administration just in case they should be required.

Next question – what sorts of things could cause a server to fail? One thing is mechanical failure – so good servers, made of high-quality components, have to be sought (and bought). Another could be some geographic issue – a power-cut, say, or a local emergency (such as a fire or flood). So, multiple redundancy server networks also require that severs are geographically redundant. And if servers are a long way from one another but needing to be switched at a moment’s notice, they need strong communication ‘pipelines’ between them – again, further expense. Of course, they also need to be constantly backing up everything on one another, so those communications pipelines are in constant use (as well as computational ‘brain-space’ of the servers themselves). What is more, three or four redundant servers really doesn’t offer much protection at all, if their operation is mission-critical. What would happen, for example, if PayPal went down for several days? Total loss of credibility, and potential collapse of business. Multiple redundancy is a real issue.

Data center virtualization offers a cost-effective route out of all these. In the next article, we’ll look at the structure of the concept itself.