According to Google’s Matt Cutts, “Google treats Facebook and Twitter posts like any other web pages for search, but not as a ranking factor.” It is believed that the reason Google does not use social media signals as a ranking factor is the sheer number of daily posts, given that Google takes every Tweet and every Facebook status update, likes, link share, and reshare seen on your news feed as an individual web page. Although Google has vast resources, it cannot index everything that is indexable. 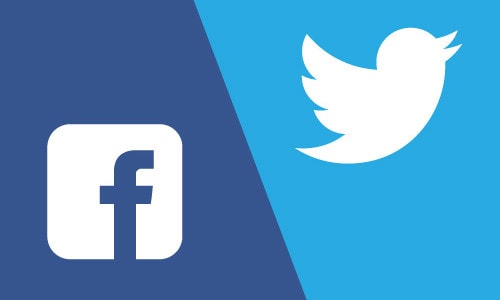 Although social media posts have no direct SEO benefits, this should not dissuade you from doing social media marketing (SMM) because SMM and SEO do overlap and SMM can influence the organic growth of your website.

Social media activity will increase brand and website content awareness. The increased familiarity will encourage link building and link building is one of the most important White Hat SEO tactics. As an example, if you post a video of a new product feature and the video is shared 50 times on Twitter, a blogger, journalist, or author could see the Tweet and write about the new feature, with a link back to your website in their blog, news item, or article.

A good SMM campaign means more people to your site because visitors will click on the social media icons to share what they like (mostly videos, blog posts, event listings, and other interesting content), and their friends will visit your site and share too. Search engines can measure such metrics as bounce rate, time on site, and pages per visit (commonly referred to as interaction signals) and they use this to inform ranking in SERPs.

Google also considers the likes, tweets, shares, and comments you receive since they are an indication that the content on the page was good. Social media interactions, therefore, correlates with quality and quality will correlate with higher ranking. Other ways to increase user interaction signals include:

Google has admittedly stated that it prefers bigger, well-known brands. Social media increases your search query volume, which means you reach a wider audience and consequently more people will search for your brand. A good SEO agency will also have online brand reputation management as one of its services.

The SEO community believes that co-citation, which is a mention on a website or a blog without a hyperlink, is a ranking factor. Google considers this to be a brand signal. Social media has the ability to increase a brand’s awareness and the spurred conversation can lead to these co-citation mentions.

Matt Cutts recently stated that Google intends to use identities as a ranking factor in the future – which means that some people, based on their authority in their niche, relevancy to topic, and the likely audience size, will rank higher in some queries. Google’s Eric Schmidt recently stated that Google has already started doing this when he stated, “Within search results, information tied to verified online profiles will be ranked higher than content without such verification, which will result in most users naturally clicking on the top (verified) results.” SMM has the power to bring you out as an expert in your niche.

The social media profile of a brand ranks high for brand terms, usually on the first SERP and sometimes even above the brand queries fold. Try this right now with “American Airlines”, the second result is the airline’s Twitter page and the third is its Facebook page (between the airline’s official website and the Wikipedia page). Although this does not send traffic directly to your website, it allows you to better control your SERP real estate and to ensure you have full branded coverage.

SEO is not just about Google

Even if Google does not consider social signals in its ranking, this is not to say that other search engines do not. Note that Google addresses and penalizes SEO efforts more frequently than its competitors, so chances are that Bing, Yahoo!, and the others use social media signals to determine ranking. You should also keep in mind that the search world is changing and YouTube now receives the second largest daily search engine queries, followed by Twitter at over 2 billion.

The Internet is an ever-growing public library that has no central filing system. It is an open secret that Google uses such factors as the number of retweets, the number of tweets on a particular topic, and the time frame within which content was shared to index content. Content indexation is important in SEO because the faster you are indexed, the faster you will be rewarded. You should, therefore, not shy away from participating in popular hash tags.

If your content such as your video goes viral, the influx of visits will trigger a signal in the Google algorithm that will give you content a ranking boost. Google has a strong affinity for viral content and it wants people to easily find it.

Just because Google does not use social signals as a ranking factor today does not mean they will not do so tomorrow, so you should be ready. Other than the SEO benefits, SMM has other benefits such as giving you valuable insight (through comments) that will help in product development and allowing for faster and cheaper engagement.

This article is contributed by Derek Iwasiuk runs an SEO agency in Minneapolis. Other than SEO, he also offers SMM, online reputation management, PPC, and other website marketing services. You can reach him at @Diwasiuk.