It is impossible that a person having average knowledge in the world today would know nothing about Apple’s current line of iProducts like the iPhone, iPod, iPod Touch, and iPads. These revolutionary products have taken the market by storm and were a trend setter in the whole niche of touch based smart devices. Apple has also created an app store, which showcases and offers for download millions of useful apps that cater all manner of user requirements. 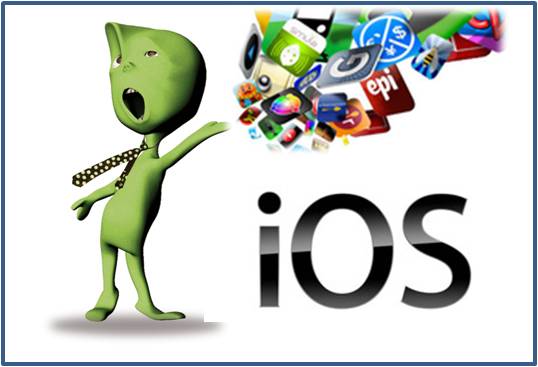 The time for becoming an app developer for one of these mobile platforms has never been so opportune! Thousands IT companies worldwide want to cash in on the boom that has characterized sure profits for the industry; 3rd party app development.

Who actually builds these Apps?

These apps are either built by Apple’s own sponsored IT vendors, or 3rd party companies that design apps and then get them licensed by Apple. It is the latter which garners public attention since there are literally thousands of mainstream companies that offer web development opportunities on full time as well as freelance basis to young, promising talent. The end product of such projects is owned by the company, but developers are paid handsomely (based on how successful the app proves to be). This new niche in app development has been so rapid and intense that it almost unbelievable that the iOs apps didn’t even exist a mere 6 years ago and now it’s the fuel that powers over 70% of all web development vendors.

Apple continues to improve its lineup of iDevices by constantly releasing newer and more advanced models of its iPod, iPhones and iPad, Even though the product lifespan barely touches 4-5 years, and has often been criticized for redundancy, these products are still proving to be quite popular among consumers and are best sellers in a some markets, even winning new contracts on established carriers too. So it isn’t likely that these products will retire anytime soon, apps for these devices will continue to be popular for many years to come.

Developing apps for any mobile platform; whether it is Android, iOS, or MAC OS, isn’t what you call difficult. It does require expertise in certain computer languages like C++, C, SQL, and Java; but then for most computer programmers this is familiar territory and all they really need is to master a few platform specific modules and that’s it. Domestic compatibility is an added benefit, since Mac OS apps and iOs apps are largely developed in the same manner, plus; there is a lot of documentation available on Apple’s website and tutorials as well so you can even learn app development while sitting at home. This can be a great asset if you want to work part time or as a freelance developer to accentuate full-day job, such skill sets can be great if you want to make a fast buck when you need it.

Zain Philips, a professional writer and he has writing experience and ability to write on any topic but he enjoys writing on Tech.

One thought on “Why You Need to learn iOS Applications Development”