Many parents are very concerned about the apps which their children are using in their mobile phones. There are also many educational apps, creative apps, digital toys and beautiful storybooks which are available in the smartphones. Android is also providing their priorities for creating apps for students in 2013. There are millions of android applications, which have been also introduced in various play stores. 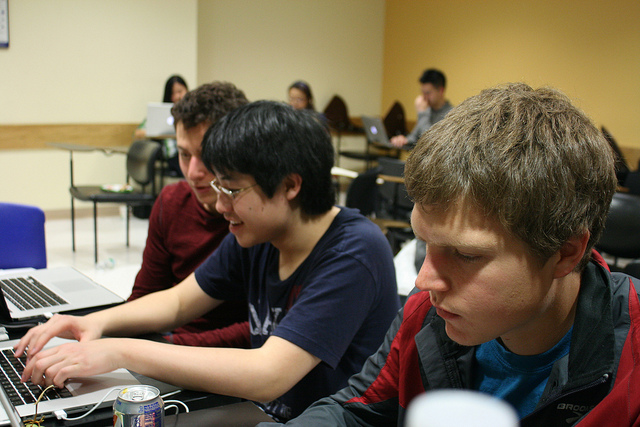 Google play is one of the best play stores. There are many apps, which are very good for students in the educational field. These applications can make them sit in their couch for hours and learn many interesting things.

There are many educational apps for students like Endless Alphabet, which is a free android app. This app has joyful of monsters who are explaining the words. Students can drag the letters in place and see the characterful animation in the definition. It is a very interactive app with some adorable monsters. Kids can enjoy learning ABC’s and also build vocabulary. The words feature a very interactive and knowledgeable puzzle game. It has some talking letters. It is an animation game which illustrates the definition. Students can learn to use words like cooperate in an engaging and funny way.

There is another interesting android app for students are the Comics in the Classroom. It is a free app which has a very interesting approach in teaching students about the history with the help of digital comics. It has a topic like Pearl Harbor, Jack the Ripper and Florence Nightingale. Students can also fill the speech bubbles for proving their understanding about the subjects. It has demonstrations about the historical events in the digital way. It is a very exciting and revolutionary app for students. This can help students in learning about the historical key figures with stunning images.

Hakitzu: Code of the Warrior is absolutely free app, which helps students for learning to use the language of JavaScript. It is also presented as the game where students can use coding skills and build the robot warriors for controlling them in the battles against their friends. They can also play in the single player mode and hone their abilities. It is a strategy game which is very beautifully rendered, moody and dark landscape. Students can also share their scores in the Facebook with their social networking friends. It has stunning 3D effects and visuals.

My First 101 words are an app to teach toddlers the first words with the help of video. All words are demonstrated by the video clips which have a girl and a boy. It has the ability for playing and replaying or even shuffling them. It is an educational, fun and interactive app. In this app, the name of the boy is Abe and the girl is Myrelle who can take users with a video series that teaches them some different words. The words also include verbs and nouns which help in the development of students in the pre-school language and speech.

Mystery Math Town is a very good American app. It is almost six year old app which can explore the series of many spooky houses with the help of tapping in the ladders, windows, stairs and doors. Students have to solve sums for moving ahead in the game. You can also change the difficulty step and the types of sums according to the age of the child. Kids Vocab – Mindsnacks is another very impressive app which helps children in building their vocabulary. Students who are between the ages of 7 to 12 year can play this game.

Symmetry School is an app which is actually focused in the Geometry. It is actually developed in the Ireland. It can help children for dragging and dropping the colored counters in the virtual board for forming patterns. It is also a puzzle game which has math lessons. The developers also provide extra activities and white board versions. It provides the ability to students for emailing their scores to their teacher. Students can learn and have fun in this multilingual school. It is a brain twisting, and captivating game, which is designed for encouraging and supporting the mathematical development in the child.

Kids ABC trains are for the children of pre-school. It uses railways and trains as the path for teaching the kids about the phonic sounds and letters. Students also build the railway with the help of learning all the letters. They can trace the shapes of the letters. They can load letters and also match the lower and upper case letters for stopping the train. It is a very neat game. This game is for students who are in the 2-7 age groups. They can identify the letters with the sound by using railroads and trains as the tools.

On Beyond Bugs is all about insects which are one of the official book apps of Dr. Seuss. It is an app with an educational focus while teaching children regarding the insect world. This app can teach your children about butterflies, honeybees and fireflies. They can learn about the insects and their activities. Students can learn about the process of insects, to smell, pollinate, see and communicate with each other. They also learn about their process of amazing and pestering, which can make their life really good. Your child can catch these bugs with the help of cat and their friends. Also PDF converter apps too are much popular and required in day to operations.