Despite the onslaught of Android and iOS phones continuing in the market, a significant number of people prefer using Windows phones and this figure is expanding with each passing day. Earlier at the Mobile World Congress, Microsoft had announced the Lumia 640XL and 640 which have finally been launched in India. 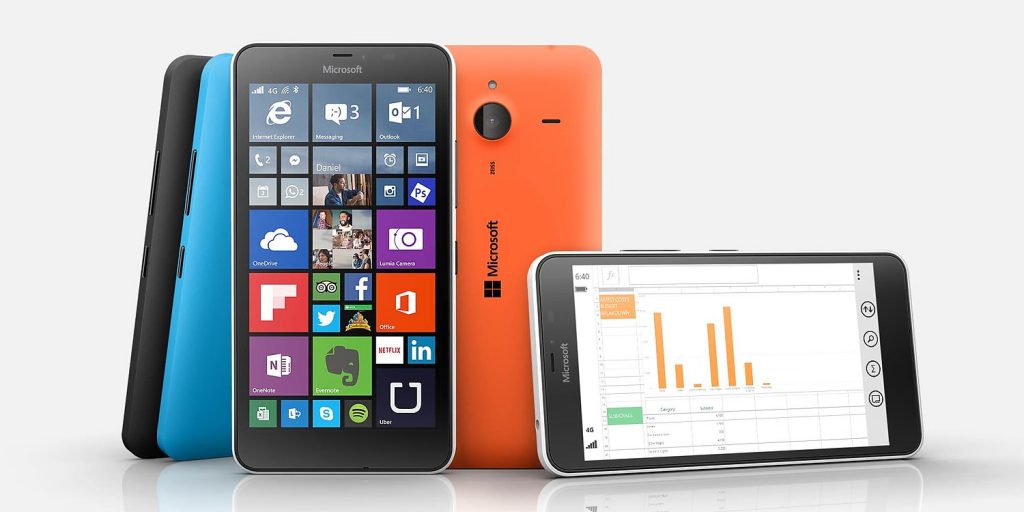 The Lumia 640 seems to be an upgraded version of the Lumia 635 which was the entry level LTE smartphone by the company. The phone has 5 inches display which is HD enabled, a rear camera of 8 megapixels with an LED flash for better low light photography. The front facing camera has a disappointing 1 megapixel resolution. The phone comes with an option of dual SIM card slots. The device is fuelled by a quad core 1.2GHz Qualcomm Snapdragon processor and RAM of 1GB. The battery embedded within the device is a 2500 mAh one.

The Lumia 640XL is a slightly bigger phone with display of 5.7 inches, covered by a sheet of Corning Gorilla Glass III. The rear camera is a 13 megapixels one and comes with a Carl Zeiss lens. The front facing camera has a resolution of 5 megapixels. The RAM and processor are the same as the Lumia 640 although the battery has been upgraded to a 3000 mAh one. Both the phones are powered by the Windows Phone 8.1 operating system and receive the Lumia Denim update which has features such as Word Flow, Action Center and Live Folders. When it comes to storage, the new handsets have 8GB in-built storage which can be expanded till 128 GB via the microSD card slots. Microsoft has also introduced a one year long personal subscription of the Office 365 in both handsets along with 1TB subscription of OneDrive.

Both the devices have been launched keeping in mind affordable smartphone users. If you are looking to buy either of the phones, it is better you go with the larger version of the two. It has a sharper and bigger screen with better resolution cameras on both ends and a more powerful battery. If ergonomics is your concern, then the Lumia 640 is a better choice because it has a good screen size which is suited for all practical purposes and can seamlessly fit into your pocket or the palm of your hand. However, if you like bigger designs then go for the 640 XL by all means.

The 640 XL has a 13 megapixels shooter with the Carl Zeiss optics as mentioned above which makes the resolution of the images razor sharp. None of the handsets in this price band have such cameras at this price. The phone can click great images both during the night and day. The front camera is a 5 megapixels one which is also quite good as it captures intricate details and subjects, way better than the iPhone 6 even on some counts. If you are a selfie addict, then this camera is perfect for you. The Lumia 640 has been given very standard imaging hardware, especially the front camera with its 1 megapixel resolution. Given the fact that its competitors from Xolo and Xiaomi come with 5MP shooters in front at this price band, it would have been better to have fitted the Lumia 640 with something more powerful for the sake of business. Those who click a lot of photos on their phones should go for the bigger phone.

The average lifespan of the battery on the Lumia 640XL is around 30 hours, after being fully charged. The smaller battery size of the Lumia 640 will cut short a couple of hours from the battery life. If you are an avid gamer, you will have to carry around a spare battery or charger with you when you use the Lumia 640.

Since both the phones have been enabled with the Office 365, getting your work done would be easier on the larger screen of the 640XL. Typing would be easier on the bigger touch enabled keys and you can also work on spreadsheets in them. The 720p ClearBlack panel of the device has better resolution compared to what is offered in the Lumia 640. Since the facilities are there for a year for you to make use of, why not make the most of them?

To conclude, if camera quality, productivity and battery life matter to you, then Lumia 640 XL would be a better phone for you to buy. It is more suited for everyday tasks. The speed and deftness with which both phones function is almost the same as the inner machineries are the same on both handsets. However, making use of the 640 XL is better. You could pay for the difference in price by selling off your old handset on an online classifieds website like Quikr.com where you can realize a great price for the product you sell.

Android users looking for a change would like these handsets as they are user friendly and have been designed keeping in mind the requirements of everyday tasks. However, if you are a hard core Android user, then sticking to the Xiaomi Redmi 4G, Huawei Honor 4X, Moto G or the OnePlus One would be a better idea for you. The quality of apps available on Android continues to be superior compared to windows and a larger number of applications are available on the device. You may feel a little stunted when you use Windows phones because of their limited functionality. However, if you are one of the millions who make use of basic apps like those of Facebook, WhatsApp and Twitter exclusively, then using an Android or Windows phone won’t make much of a difference to you.

The Lumia 640 and 640XL shine through for the hardware embedded in them by Microsoft. The battery life, performance and overall functionality of both the phones are quite likeable.