After much speculation since its announcement in July of last year, The Chrome operating system arrives, finally, to the stable release. But before you rush to try to download it, a sad truth, the system will be released only on specific Google Notebook , because, for the system to perform better, they decided to release it only on machines optimized for it, as the brand new Chrome Cr-48 notebook, which also is not yet available to end users. Only a limited number of them were manufactured for testing. Now, if you want to participate in testing, you can subscribe here. 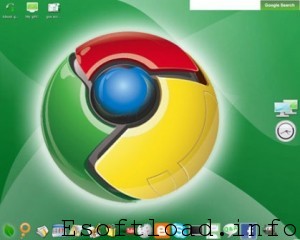 Just one detail, you must reside in the United States. That’s right, Google announces it will not send for testing, Chrome Notebooks out of the country. Really, really sad that.

Well, for those who still do not know, The Chrome is an open source system based on Linux, which is designed to work completely in the clouds. Yeah, Chrome Notebook relieve the hard disk usage, since all your information is always online. Hence the promise that you can work quietly on a computer, and if something happens to it, you simply log in on another computer, and resume their normal activities.

And with respect to applications, Google will use the Google Web Store, Which will work similar to Apple Store, only delivering applications developed for Chrome.

Check out the video presentation.

All this seems a very interesting concept, but since you have a good internet connection, otherwise it will be of no use. What you say about new OS from google?

12 thoughts on “Meet The New Operating System From Google”