LG launched its flagship smartphone LG G3 in London, San Francisco, New York, Istanbul, Singapore and Seoul on the 27 of May 2014. It is created on the concept “Simple is the new smart technology”. It is the successor to LG G2 which was launched in August 2013. The Korean stores have started the sale from the second day of its launch i.e., 28 may 2014 and will be made available worldwide soon. 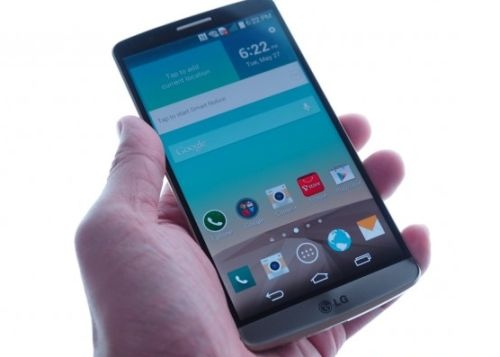 The company is offering two models – one is 16GB in-built memory with 2GB RAM and the second is 32GB in-built storage with 3GB RAM. It is available in five colors – metallic black, silk white, moon violet, shine gold and burgundy red.

The phone exterior is made of polycarbonate and layered with a special layer which gives it the finishing of that of metal. This metallic skin is lightweight, fingerprint resistant and pleasing to the eye. The graphic user interface is consistent.

The smartphone is having a superior 13MP rear camera ably assisted with OIS+ and laser autofocus and 2.1MP font camera. Auto focus is a new feature and is used first time in any smartphone. The laser beam implies that one can focus better and even quickly in dim light conditions by evaluating the distance between the camera and the subject. The OIS+ technology is impressive. The camera in the front comes with a larger image sensor and also a larger aperture that brings in more light implying better selfies. Gesture controls are also added.

LG G3 comes armed with a 5.5-inch Quad HD display with a resolution of 2560*1440 pixels. The pictures are clearer and sharper than any other smartphone. The high-resolution needed a powerful battery backup. This has been fulfilled by 3000 mAh removable battery and superior optimization technologies for better battery efficiency. You also get 2.3GHz Qualcomm Snapdragen 801 processor combined with 2GB/3GB RAM variant with internal storage of 16GB/32GB that can be expanded up to 128GB through microSD card. It operates on 4.4.2 Android KItkat.

The better sound quality makes video watching better. The phone has automatic microphones to gauge the surroundings and releases sound accordingly. The users can enjoy music and videos due to the built-in 1W speaker with boost AMP.

The new UX features promise never-before had experience. It includes:

It instinctively learns the word that was to be typed and makes the correction. One can attune the height of the keyword to fit the user’s hand and thumb properly. Specific keys with repeated use can be customized for faster typing.

The coolest feature according to me is Knock Code. It allows users unlock phone by way of an arrangement of taps. Content lock is useful in hiding personal files when sharing with the friends. With Kill switch the smartphone user can disable the phone if stolen.

It gives suggestions and recommendations on the basis of user behavior, location and phone usage behavior.

The price is still undisclosed. The smartphone is impressive and surely one of the best offered by the company ever.