Apple’s iPhone 5 is now out and available. iPhone 5’s pre-order rolled out two days after the release was flooded by diehards and excited users who wanted to try the features first hand. 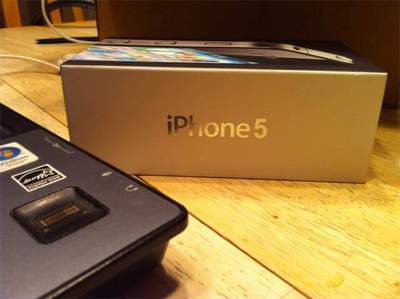 From the most sought iPhone 4S, iPhone 5 is now taking further demands as it has much improved version and features of the previous releases of Apple’s iPhone. Tagged as the biggest thing ever happened to iPhone since iPhone, some stores have to reschedule the shipment date due to the demands of their customers.

iPhone 5 is claimed as the thinnest smart phone in the world today which settles at 7.6 mm thin. Its screen was made wider for optimum viewing of movies that require larger screens.  Apple will start to sell iPhone 5 on September 21, 2012, while you can have the pre-orders before the exact release date starting September 14. Canada, France, Germany, Australia, Japan, UK, Singapore and Hong Kong will also sell iPhone on the same date.

iPhone 5, you can look, but can you touch?

Amidst this high demand for iPhone 5, the question lingers on its price. Can a minimum wage earner in the United States afford one? Under United States Department of Labor on Wage and Hour Division, the Federal minimum wage starts from $7.25 per hour for 8 hours a day. That would give you a total of $58 a day, $290 a week with 5 working days and $1,160 a month. Purchasing an iPhone 5 under a two year contract will cost you $199 for the 16 GB model. For 32 GB you’ll need $299 and need to have another $100 for 64 GB. With these data, a minimum wage earner needs 27.5 hours to buy a 16 GB iPhone. He has to work his way diligently for about 41 hours to settle for a 16 GB and will sweat off in 55 hours to raise cash for iPhone 5 with 32 GB.

Sweating for the Contract

The mentioned prices above do not count the accessories to be purchased such as the Lightning dock, which price starts at 29$. This would mean increase in hours of work to pay for the purchase. If you got the previous iPhone 4S you can actually upgrade it to 5 just check for eligibility upgrade.

iPhone 5 made it to the headlines even before its release. Although opinions regarding Apple’s latest project vary, people are still flooding calls to Apple for the pre-order. According to the official website of Apple, iPhone 5 will hit the shelves in September 21, 2012 at 356 Apple retails stores in the U.S.