In the previous article, we’we’ve seen that a need for multiple and geographic redundancy exposes several issues for enterprises:

2. Real 100% uptime is less likely the fewer redundant servers you have 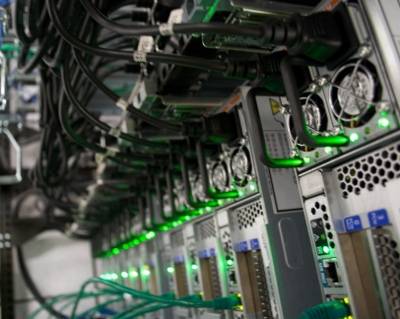 In this article, we’re going to look at data center virtualization, and how it can be deployed to combat these issues.

What is ‘data center virtualization’?

Data center virtualization can be summarised in relatively few concepts. Firstly, it involves distributed computing. Secondly, it offers multiple and geographic redundancy by its very nature. Thirdly, it offers a single administration interface.

Distributed computing? What’s that? Well, let’s imagine we’re playing a game of basketball. We’re on a team of 1 – it’s just us, and we’re up against a full roster of players on the other team. They can work together – distributing the play of the ball – to shoot quicker and faster hoops than poor old me on my own. In fact, I’d be lucky to score at all in the time it takes them to rack up a huge point tally. This is exactly how distributive computing works. By all contributing their own computation, multiple servers establish a ‘virtualization layer’ which is then accessible as though it were a single machine. So, to combat issue 1 – all machines involved in creating a virtualization layer are used at the same time. There are no non-performing or dormant assets in a virtualised system.

Furthermore, each asset can be less expensive – much less expensive – than the robust servers required in traditional serving. Why? Because there are more of them. In fact, so-called ‘server farms’ often form the basis for data center virtualization. There could be thousands contributing to a single virtualization. That means that if a couple conk out, it’s not a real issue – they don’t each need to be of such high-quality.

You might be able to see that this is going to contribute to knocking issue 2 on the head, too. Because there are many more machines, and all are constantly contributing to the maintenance of the virtualization layer, losing a few won’t upset things too much. It will minorly impact performance, but won’t result in downtime. In fact, anything less than 100%, 24/7 uptime is unlikely – you’d need all the servers contributing to the virtualization layer to fail in short order. A basketball team can still play with four players. Servers in a farm can be located in different geographical regions to allow for geographic redundancy with very little impact on overall performance.

So what about issue number 3? There, perhaps, is the greatest beauty to data center virtualization – the ‘bank’ of physical machines operates as a single machine, so a single administration interface is all that’s required to look after them all. That means no more administrating redundant servers – IT admins can look after their server system from one location.