Data virtualization. This article aims to be a useful guide as to whether or not you, as an enterprise, would benefit from deploying a commercial data center virtualization solution – such as dell virtualization – throughout your IT infrastructure. 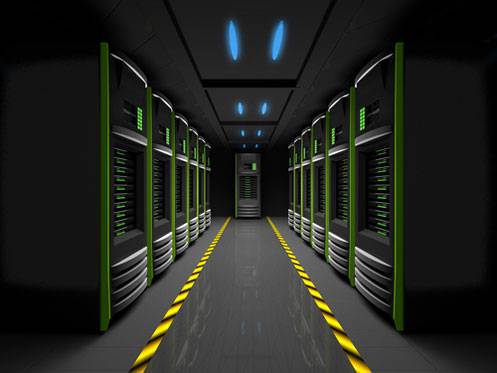 Always the most important question. If you have a server budget in the millions of dollars, you can probably afford to purchase numerous servers, or even a geographically-distributed server farm. If it’s a few thousand dollars, virtualization is just not an option for you right now.

How much downtime can I afford?

If you need (as close to) 0% downtime, you’ll either need to invest heavily in extensive multiple redundancy or look at virtualization. If you can afford between 95% and 98% uptime – approximately a day a month downtime – then you can probably get by with a well-built traditional server configuration.

Who manages my IT?

This question might seem a bit esoteric, but – as increasing numbers of enterprises are recognising – the nature of your IT personnel is going to have a significant impact on your decision to alter existing configurations. For example, if your IT administrator is a great manager, maybe having multiple IT teams managing individual redundant servers might work just great. If they’re more technically-inclined, and like to be in direct control, the single-interface administration offered by virtualization is looking like a better – and possibly more secure – route.

Who are my enemies?

We’ve mentioned that data center virtualization offers great benefits to access-patrolling security, but that there are difficulties in managing successful intruders once inside your system. Have a close think about the technical know-how – as well as the hacking specialisms – of your technological opponents.

Which applications can I not do without?

Because applications need to be written specifically for clustered, or distributive, systems, there’s a more limited choice as to what you can run when compared with traditional server-side or client-side apps. If you can sort an application suite that meets your needs distributively, great. If not, you will need to investigate other configuration avenues.

And that pretty much sums it up. 5 simple questions that can help to guide your decision as to whether or not to invest in data center virtualization. Before we sign off, let’s take a look at the broader picture – who’s investing? Who isn’t – and why not?

The state of play

Data center virtualization is pretty much taken as given across the World-Wide Web. Most websites you look at through a browser window will be brought to you distributed across a range of physical server locations. Application-side, things are moving fast due to the advent of cloud computing. What’s that? That’s basically application-level functionality offered across the World-Wide Web, using clustered or distributed computing to achieve this. In 2006, Erik Giesa of F5 Networks estimated that around 15% of enterprises were deploying virtualization solutions by companies such as VMWare, or clustering in small pockets. That’s radically different today – cloud computing has seen to that. As it increases in ubiquity, so will data virtualization at the lowest layer – database distribution. While larger enterprises have for a while now maintained some sort of SAN (storage-over-LAN virtualization), cloud computing and cloud storage in particular are driving the appeal of database distribution in the enterprise sphere. As ever, security and bandwidth remain the main challenges – but there are significant movements attempting to overcome them.