You may already be familiar with Klout, which is designed to measure a brand’s online influence. Another important metric for Twitter specifically is Hubspot’s Tweet Grader. Hubspot uses its own algorithm to grade tweeters, regularly publishing a list of the top 100 brands on Twitter. 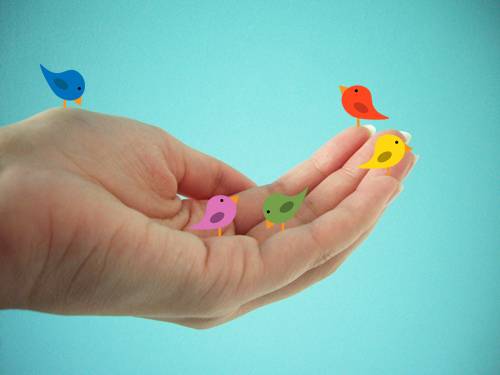 This list may change periodically but the top ten spots tend to remain fairly consistent. Why are these top 10 tweeters consistently on the top? What makes them stand out from the rest of the brands on Twitter, and what can you learn from them?

The algorithm used by Twitter Grader looks at such factors as the tweeter’s total number of followers, their follower to following ratio, the number of tweets they create, how recent the tweets are and above all their interaction with their followers. It is relatively easy to collect followers and to write frequent tweets; however, where these top tweeters truly shine is in their engagement with their followers.

Simply having a brand presence on Twitter, then, does not guarantee that your business will beat its competitors in Twitter ranking. What matters is how well you communicate with your customers through Twitter. Keep in mind that strategies that might work well in print media might not work with social media. In fact, strategies that work well on Facebook might not translate well to Twitter. Each medium includes its own unique characteristics and optimal strategies. For example, Twitter tends to be most effective when tweets are short, useful, high-quality nuggets of information. This attracts the attention of potential customers and boosts the back-and-forth interaction that leads to long-term customer loyalty.

One thing that these top tweeters all have in common is that they provide news to people, news that consumers are hungry for and that helps them stay up to date on things they already care about. You might wonder why a person would follow more than one tweeter that provides news about the same topic or industry — more than one major video game magazine, for example. However, each tweeter will have a unique perspective, even on the same story; it is that uniqueness that attracts and retains followers.

You can also learn how to better manage your Twitter account by looking at some of the brands that did not reach the top ten. In some cases, of course, this was due to the fact that either their number of followers or their number of tweets were insufficient. Another important factor, however, especially since engagement with consumers is so important, is retweets; not only the number of retweets, but who is performing them, can have a major impact on your ranking. The more powerful the tweeter retweeting you, the greater the benefit to your ranking. Of course, the higher the quality of your tweets, the greater the number of retweets you receive. As with every other factor that contributes to your overall ranking, your retweets — and therefore your ranking — goes up significantly if you simply focus on creating useful, high-quality content.