Literacy has always been important for success in school, work, and life in general, and unless our society undergoes a drastic change it will always be important. However, literacy in the 21st century isn’t just about being able to read and write fluently. As essential as that is, many have argued that computer literacy is just as important in our modern world. 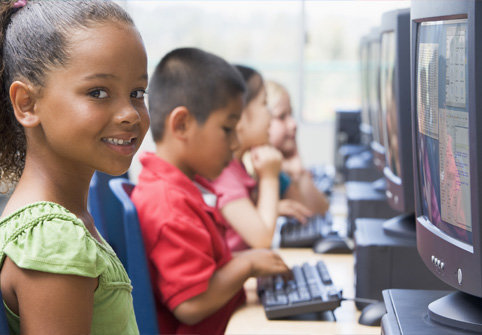 A few decades ago, computer use was mostly relegated to a handful of professions. Not many people owned their own computers, and most computers were used as a tool on the job. These days, there is at least one computer in every household, and most people have active accounts on Facebook or Twitter or at least an email address. Computers are ubiquitous in our society, so it stands to reason that more importance has been placed on computer literacy.

There are many clear advantages to being computer literate in the 21st century. Here are just five of them:

Entering the workforce and getting a job for many people once involved finding work in fields like construction and manufacturing. While these industries haven’t disappeared entirely, it isn’t nearly as easy to find work in them, nor are these jobs considered as valuable as they once were. For many people, it’s easier to find an office job that involves the use of a computer. Naturally, being able to use a computer will put you at a distinct advantage when you apply for these kinds of positions. Not only can computer literacy make you more desirable to employers for office jobs, it may allow you to find ways to work from home if you have a reliable Internet connection.

A significant part of communication in the 21st century is done remotely over computer networks. Email is more convenient than traditional mail in many ways, and people who might otherwise never be able to speak to each other regularly exchange messages even though they may be on opposite sides of the world. Whether you are keeping in touch with old friends or emailing your resume to employers, communication via the Internet is vital in the modern age.

For many young people, computers are replacing television as the go-to source of entertainment. Teenagers are arguably more likely to watch videos on Youtube than flip through TV channels, and services such as Netflix and Hulu allow people to watch TV shows and movies any time they want as long as they have a reliable Internet connection. In many ways, computers and the Internet represents the future of entertainment, and those who don’t take the time to become computer literate may be left behind.

Having an Up-to-Date News Source

Although there are still plenty of people who read them, newspapers are quickly becoming relics of the past. People are now choosing to read the news online, and these sites can be updated instantly as stories develop. Being computer literate enough to access these sites means being able to better keep up with current events.

Being Prepared for the Future

Computer technology is advancing faster than ever before, and it’s very easy to be left behind if you don’t take the time to become at least semi-literate when it comes to computers. The communication technology you use now will most likely be very different from what you will be using in five years, but it will still provide you with a solid foundation of computer literacy that will serve you for years to come.