As another edition of CES winds down, we cast our eyes back to those gadgets that truly stood out for us. In every single sphere of technology, be it household devices like televisions, or smartphones, wearable technology, tablets, storage devices or gaming possibilities, CES brought amazing stuff to the table. 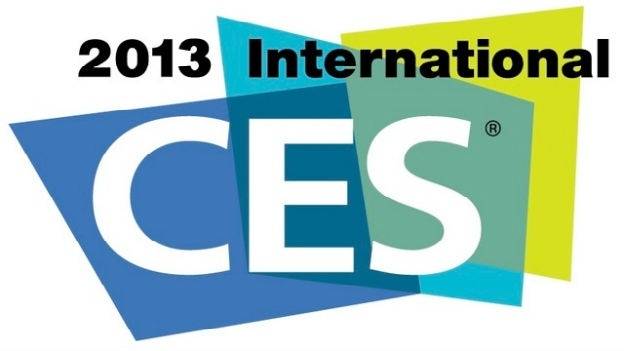 The YotaPhone takes battery savings very seriously. The Android 4.1 Jelly Bean high end smartphone has an e-ink display on the back for this very purpose so you can read a book or an article using ink and catch a show or look at pictures with on the LCD screen. We also liked the Sony Xperia Z. Sony turned the heat up with the Xperia Z, its new smartphone that comes with quad-core processing, a 13” camera and a 5 inch screen.

There was plenty for the avid gamer with Toshiba’s Qosmio X875, one of the only 17” gaming laptops we saw at CES ’13. The laptop comes with a first- the industry’s only device with a 1TB drive 2.5” “high- capacity hybrid hard drive thoroughput.” We also had a chance to see the Nvidia Shield and one of its impressive qualities is the ability to stream games from PC to device.

Samsung’s S9 looks and feels like an easel waiting for a masterpiece to take shape. This 4K TV has improved voice interaction, quad-core processor and comes with loads of content in the Smart Hub application. LG also announced that its first 55” OLED TV would be available for sale in March. Now viewers can enjoy brilliant picture in the slimmest of designs. We do mean slimmest- the TV is only 0.16 inches.

Lenovo dominated this particular area, with the IdeaCentre Horizon 27 and the IdeaPad Yoga 11S. The Horizon is a Table PC- think of it as a giant tablet, all 27 inches of it. the Windows 8 PC works with Lenovos’s own multiuser interface, Aura. Yoga 11S lives up to its name and performs as an ultrabook kind of laptop, a tablet and also has a stand mode, making it a little shop in a box kind of space. Very cool.

If you thought technology was only for the youth, think again. Lowe’s Iris Care harnesses technology from a host of different vendors and offers three different kids to senior citizens. These include motions sensors, ambient temperature sensors and apps for remote monitoring.

The Fitbit Flex is an activity tracker that can be worn through the day and tracks the number of calories burnt, your movement and sleep patterns. We love the HapiFork that vibrates if you eat your food too fast. Anything less than a ten second interval between mouthfuls and the Fork vibrates. How’s that for a timely warning?

There is so much more that emerged from the world of CES. For instance, Trackdot used GSM to tracked your luggage. Put it in with your clothes and the rest of your luggage and you’ll get a message if your stuff gets lost. There was so much for car technology too, with companies like Ford, Chevrolet and Garmin coming out with interesting innovations. CES 2013 did not disappoint.