On 20th November 2010, Windows has completed 25 years of existence. The trajectory of the system has many ups and downs. Though Vista has not generated good reviews, at least it was the perfect base for the the current version of Windows. Hailed by many and reaching a staggering 240 million copies sold in just one year, Windows 7 was shown to be evolved and is ideal for users. 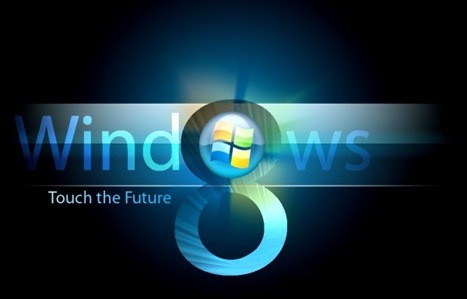 The seventh version of Windows very pleased, However there are a number of details that left some frustrated users. To fix this and make improvements, Microsoft has been developing Windows 8. Although rumors are spreading for some time, little is known about the new features.

To feed the curiosity of all, We were behind trusted information, Moreover, not so doubtful. We want to stress that the news Presented in here may not be present in Windows 8 or by the modified release product.

One of the most criticized in Windows is directly related to the enormity of libraries needed for running the system. Although Windows 7 have solved part of the problem, many people want to see the new system ready for use in less than 20 seconds.

Others have been more demanding and want the PC to function as a TV, and is called on Windows! And Perhaps the instant startup Is Possible because the picture – possibly part of a presentation from Microsoft – the concerts that feature is under discussion.

The solution may be related to the use of memory cards, Which Should speed up the boot with basic files. The challenge is not easy, but it is no doubt that Microsoft invest in this aspect, since the systems Competing also works accordingly.

The USB 3.0 ports are now appearing on many notebooks and motherboards, But the drivers for the new standard are being provided only by Manufacturers. Apparently, Microsoft is to deploy the drivers on Windows 7 early next year, However, native support (without the use of additional packages) should be present only in the eighth version of the system.

In Windows 7 we have great functionality of biometric readers, there is the reason not to bet on adding features such as the coveted “face recognition”. In Windows 7 is already Possible to use this feature with the aid of a separate application, But in the eighth version of such a system would feature native.

Besides this detail, a series of sensors supported by Windows must be in eight. Some rumors indicates that the light sensors may be in the present system, feature that will analyze the ambient light and screen brightness adjusts not to impair vision.

Voice commands on Windows are not new, But improvements in the recognition and response to voice commands are welcome rumors and more than ever support this feature in Windows 8. Sensors to use the functions “Sleep” and “Wake” must also be present, though not much in demand functions.

With respect to future Windows, Microsoft indicates that the forecasts will create an enhanced version of the system that is perfect for laptops. Currently, some Manufacturers are rolling in October already, tablet with Windows in the near future and Windows 8 invades should such devices.

For smartphones should not happen the Same, because Windows 7 Phone just came out and Microsoft should Invest in the cellular system independent of the evolution of  Windows for desktops.

Speaking of laptops, not could we remember the detail that can be improved: power management.
Ineffective and the developer with some tweaks of the system get more smoke here help Consumers battery life.

Again arrived at the famous term “cloud.” The web dominated and the future of Windows promises to be united with the internet service. Already Microsoft has some features to add to Windows 8. One is the SkyDrive, Which When integrated into Windows, the transmission of data in a way similar to what We Have in the Dropbox.

Another Software that will operate the expanded cloud is Microsoft Office. Office Live Will be the part of the system and the quick and easy Perhaps way for users to work together. The Possibility that exists such features will work in the manner similar to what exists on Xbox Live.

The User Should Be The Focus!

Well, with so many appeals Possible, We can not predict what the direction of the new Windows. For us in the Arcade, the best step that Microsoft could give would be investing in a system focused on user and not the system itself.

What is your opinion?