A webcam can allow you to do many things with your computer or portable device. It can allow you to make short films, stream live video, chat with friends, or even make video blogs. It is a great addition to have and can be very fun and rewarding. Another benefit of the webcam is that you can now see people that you are chatting with over the internet that you would have had to guess what they looked like in previous conversations. 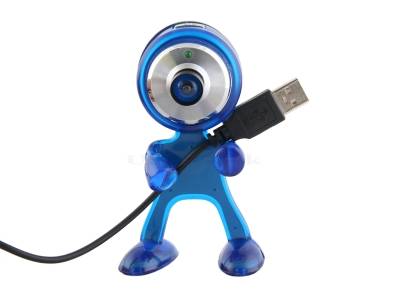 You can now become even more interactive in your communicating by simply adding video to your conversation.

Chatting on the Net

There has always been an attraction to communicating with others via the web. AOL created the chat rooms that became extremely popular for individuals to meet and discuss topics. You could get to know individuals from all over the world and discuss whatever topics that you found interesting. The only major setback was that you really never knew with whom you were talking. Certain individuals would exchange information, swap pictures, and some would even meet. The truth was that someone could say they were a 15 year old girl, but you could really be talking to a 60 year old man. Video eliminated this worry. You could now see with whom you were communicating and it took the enjoyment of the interaction to the next level.

Chat rooms were not the only way that people would communicate on the internet. Most gaming sites have opened up the lines of communication while you are participating in their game. You could be enjoying your game of checkers, bingo, or World of Warcraft all the while holding a conversation with a group of people. The conversation could be limited on content, but it is a great way to get to know some of the people that enjoy the game as much as you do. Again, video was able to open up the lines of communication just a little bit more.

A webcam can now allow you to interact with individuals live over the internet. Celebrities have been doing it for quite awhile. They will post a live stream and conduct an interview, or have a Q & A session with their fans. Some would even supply short videos of their daily lives online so that their fans can see what a day in the life is really like.

Now the everyday person can get the most out of their webcam, and there are many ways that you can do it. One of the most popular was is through video chatting. Many of the social networking sites are launching applications that will allow you to play around on their site and enjoy their games while being able to video chat with your friends or opponents.

There are also options for you to setup live video streaming, so that instead of having to write a blog you can show people a live video.

There are many ways that you can get the most out of your webcam. Live chatting on the internet is the next best thing to being about to experience something in person. It is just important to make sure and be careful with your privacy settings. Creating a password protected video is a smart decision, and that way only the people that you give the password to will be able to view your video. The live webcam online is the latest craze in interacting with individuals online. All you need to get started is a device that can connect to the internet, a camera or webcam, and an app.

2 thoughts on “How To Webcam Chat Live On the Internet”