These days the equipment required for the ultimate work station is virtually endless. Apart from the computer itself there is the furniture, the software and the add-on devices to name but a few. 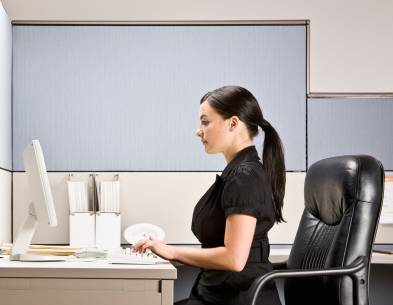 However, it is vital to ensure it is all set up properly for both efficiency and for your health.

For more than three decades now computer workstations have become a vital part of the worldwide work force. Today in fact, literally millions of units are currently being used and this figure is continuing to rise rapidly.

Most computer workstations are made up of various components which generally include not only the central processing unit but also a keyboard and mouse and a monitor screen. In addition, items such as the desk and chair are just as vital while extras such as printers and ink cartridges, anti-glare screens and document holders are particularly useful.

However, with an ever increasing complexity with regards to the workstation set up that involves everything from ink cartridges to mouse pads, several health concerns can arise. While problems with vision are particularly common other health issues such as back pain or aching wrists are also a worrying problem for many. Nonetheless, these problems are generally temporary and can often be easily avoided.

As far as the eyes are concerned several problems can arise. These include problems such as burning eyes, double or blurred vision and visual fatigue in addition to constant headaches. Fortunately, the experts believe no permanent damage is suffered through computer usage while of course the temporary symptoms often result in reduced productivity and work satisfaction and even lost work time. Generally speaking eye complaints are the result of glare that is either ‘specular’, ‘diffuse’ or ‘direct’.

The problems with vision can be reduced in a number of ways. First the monitor should be positioned correctly i.e. at slightly below eye level. Shades, blinds or drapes can also be used to block the glare from nearby windows while an on screen anti glare filter fitted to the monitor can help reduce glare from this direction. Finally, visual fatigue can be significantly reduced by varying the position or focus of the eyes.

Problems in the body area can arise with prolonged computer use and they can affect various areas. The neck, back and wrists however, are the most common areas where people have problems. In fact, muscle fatigue issues that occur with computer use — especially keyboards — have been given official names: Carpal Tunnel Syndrome (CTS) and Tenosynovitis.

To reduce these problems the computer furniture and accessories should be positioned correctly. For example, the keyboard should ideally be placed so that the forearm can rest parallel to the floor. In addition, at least two inches of space should be reserved in which to position the wrist.

The chair meanwhile should suitably support the back. Ideally the chair will have an independent, vertically adjustable rest, which both tilts and is able to return to its original position. This should be adjusted so that the rear crease of the knee rests at a position just slightly above the level of the chair seat. Adjustable armrests are also recommended.

Finally, the desk or table should ideally be an adjustable type so that ample room can be provided for the legs. In addition they should be large enough to comfortably take all the equipment involved in the workstation without cramping (approximately 8 sq ft is recommended). Desks should also have rounded corners and edges for obvious reasons..