Get set ready for a new update from Google on its next Android version, Android N, as they have already released its developer preview. Android 7.0 aka Android N is available for developers to test its new operating system on Nexus devices, Android Emulator and Pixel C devices. 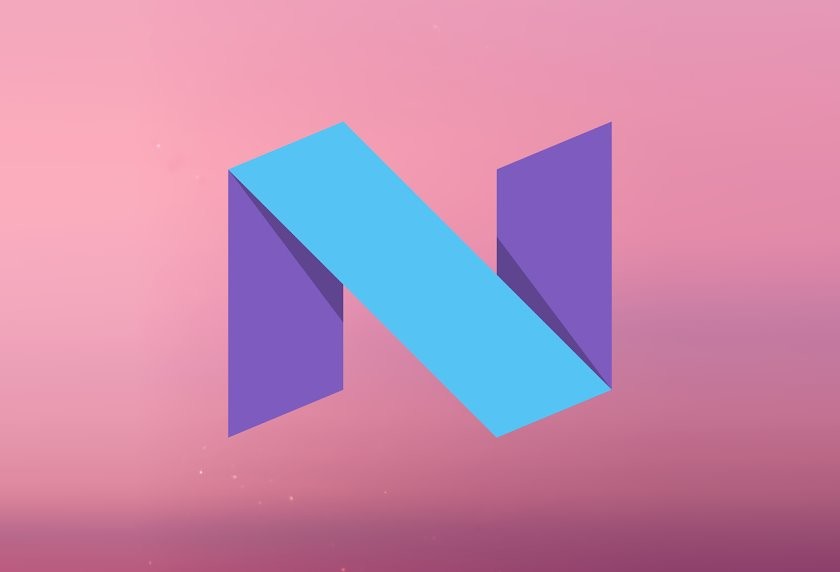 We all know, Android is multi-tasking operating system. But, Android N will be coming up with Multi-window features, making a real multi-tasking operating system. The main window can split up in multiple windows allowing applications to fit in it. With Multi-Window feature, we can work on multiple applications at the same time. This feature was already introduced in Samsung and LG high end devices.

For this feature to work, application developers have to opt for the feature by setting android:resizableActivity Attribute to true and providing minimum allowable dimensions. The feature will be available for both android phones as well tablets. We can also swap between two last used applications by double-tapping the recent button. 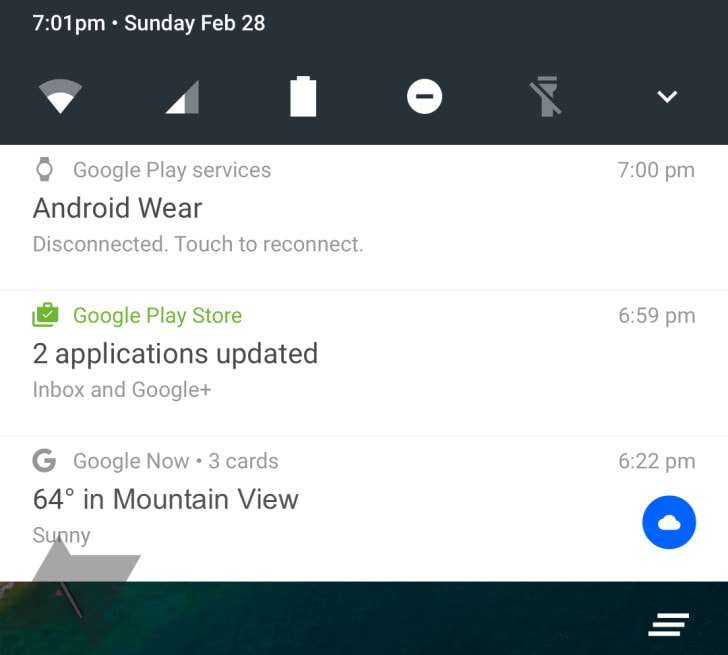 The notification panel has been redesigned with a single bar where we can see frequently used quick setting icons and a drop down toggle to expand the quick setting panel. The Quick setting panel can be modified with System UI Tuner which is experimental in Android 6.0 Marshmallow. 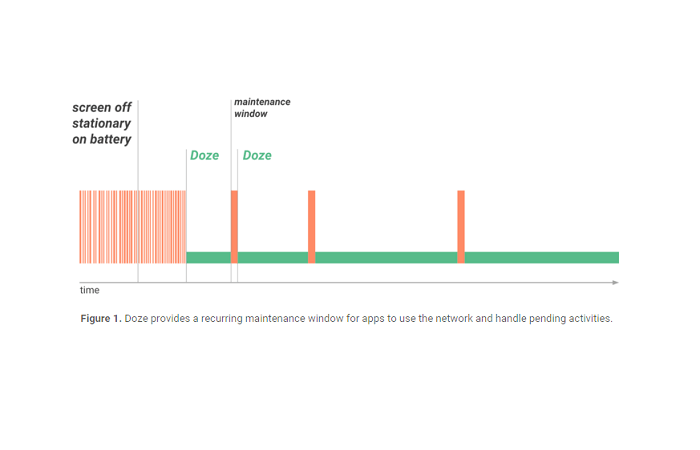 Doze feature, first introduced in Android Marshmallow was successful to improve the battery performance to some extent. The feature activates by its own when the device is not being used for long time, saving the battery power.

In Android N, the Doze feature is improved as it activates as soon as the screen turns off. Only high priority app will be allowed to run at the background which in turn improves the battery performance of the device. 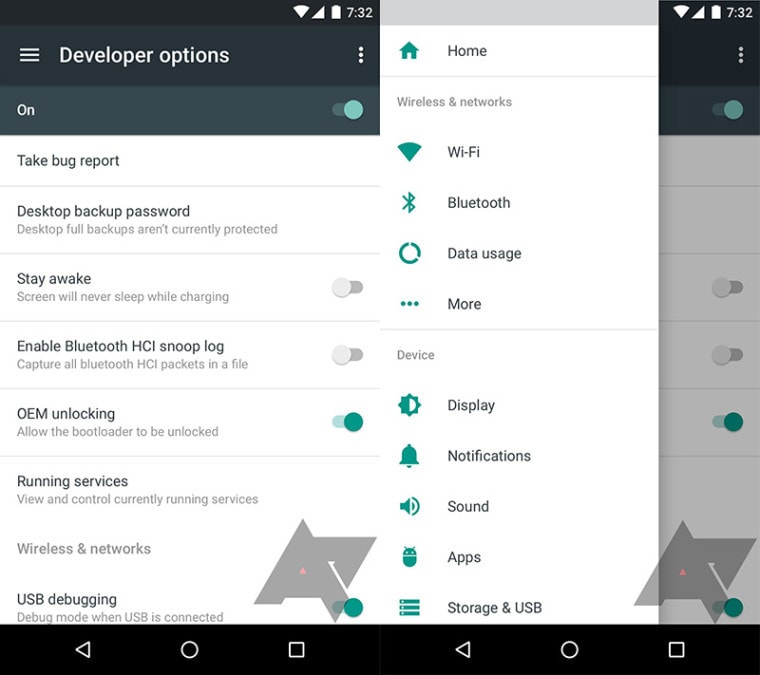 Android N has replaced its back button with a Menu button (3 horizontal lines) in system setting from where we can toggle inside other different settings. The feature is not new as it can be found on most of the android applications.

This feature just saves the time to jump to another setting without moving back as was the case with previous versions of Android. The feature is cool enough but, quite late to appear. 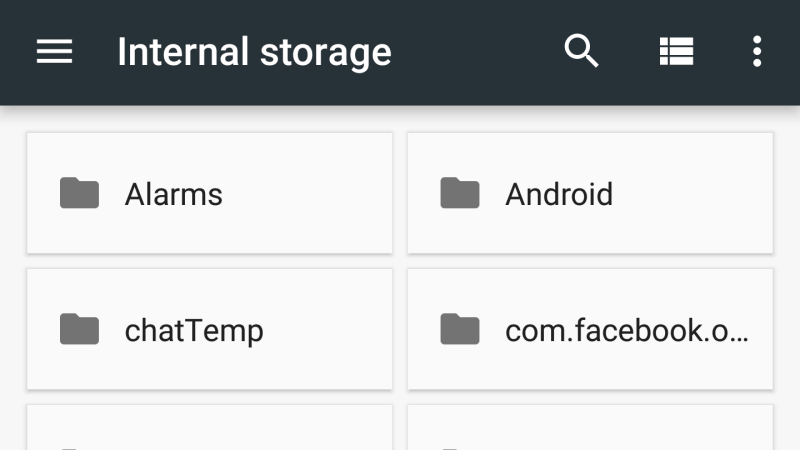 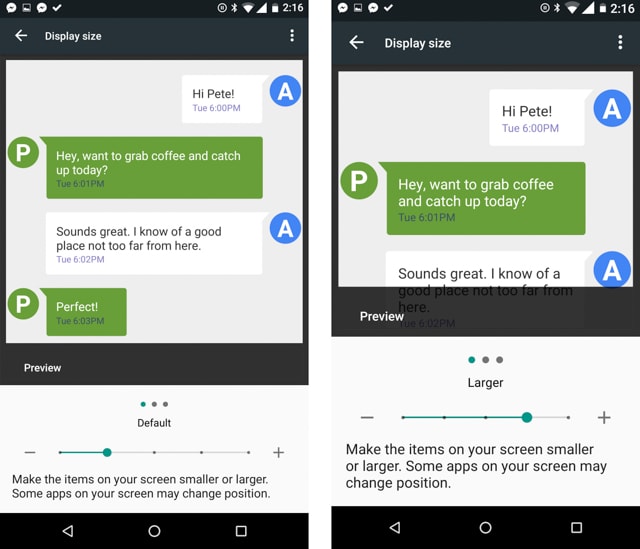 If you have been a fan of one plus one for being able to re-size app icon and text size or using any launcher for the same, then it’s a good news folk!! Android N comes with an added a feature to re-size the display size. 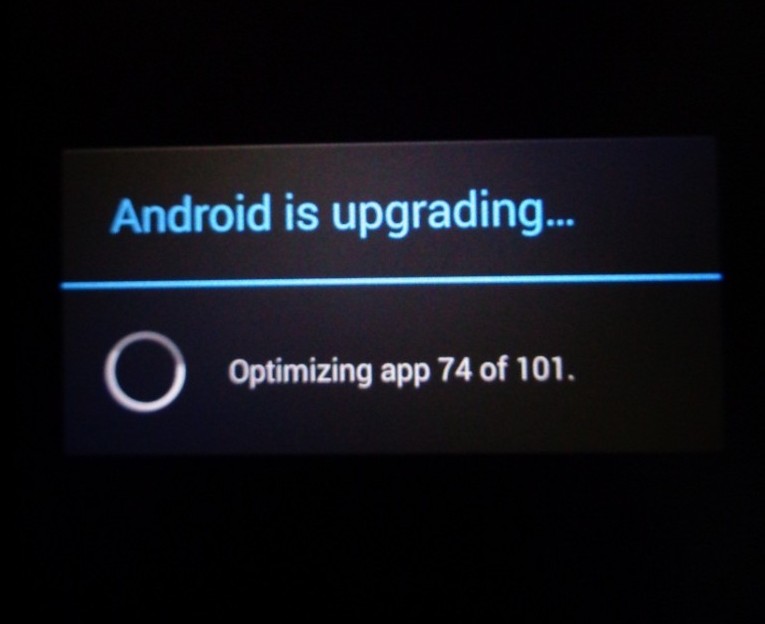 From Android Lollipop, Google had switched to Android Runtime (ART) compiler which takes ages to optimize the app at first reboot. Android N skips the optimization process in first reboot, making the phone boot much faster. It optimizes application when we first run the application. This also makes the app installation much faster than before. 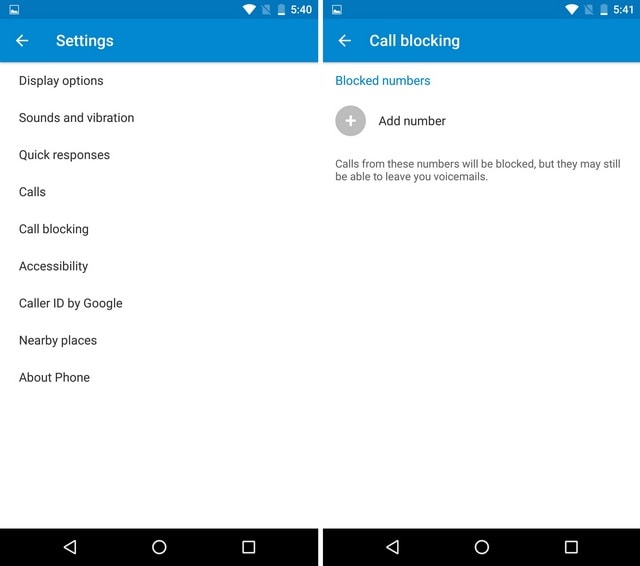 No more third party call blocker app is required. Android N added a new feature to block number from system level and also delete voice mails from blocked numbers. The feature will store the blocked numbers in Google account and share the numbers with all VoIP and messaging app to block it from everywhere. This one is of great help from unwanted calls. 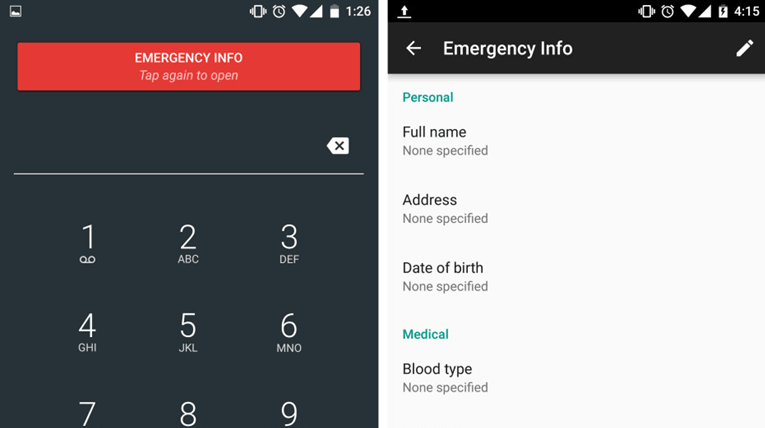 While setting up an Android N, it will ask for emergency contact and medical information like name, address, date of birth, blood type, known allergies, medications and other occurring medical conditions. 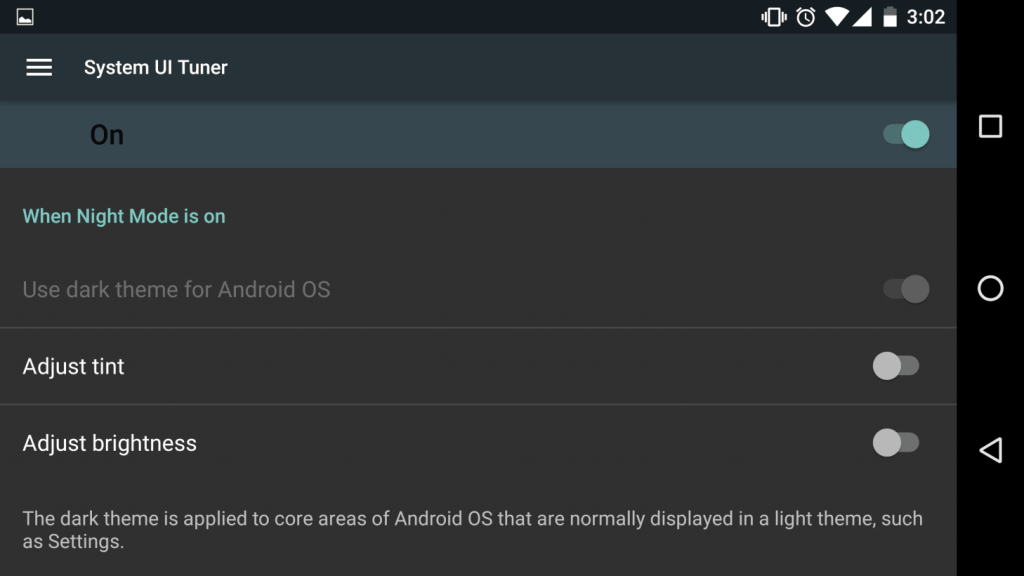 Night Mode or Dark Mode feature also appeared in Android Marshmallow developer preview but was not the part of final release. Google doesn’t seem to be in hurry to launch this feature. Again Android N developer preview have Night Mode but this time, it is improved one and an added tint control feature. Night Mode will change the color of system interface to a darker theme. The night mode will be activated automatically and provide option to adjust brightness and color temperature. 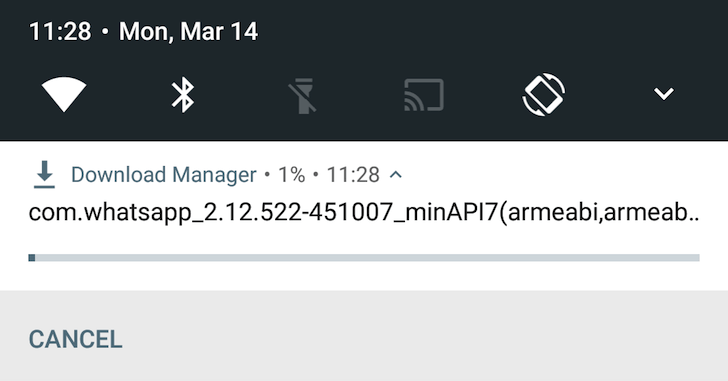 Until Android Marshmallow, the download Manager only shows the progress of download. To cancel any download, we have to tap the download in progress bar and then get an option to delete which indeed cancels it. But in Android N, Google has added a cancel button to quickly cancel the download from notification area and the download manager has also added an option to move or rename downloaded files.

The lists of above features are added in Android N Developer preview while the final version can add, remove or improve the features. Most probably the final version will be launched at the end of 2016 and Android N may be named after Nutella, but that will remain in suspense until second half of 2016.

If we are missing any of the features you can add it in our comment box.