Often, when working in the SEO of websites, webmasters are going too far and end up being penalized by Google. However do not receive any message from Google saying that the site was penalized, much less what were the reasons for that. 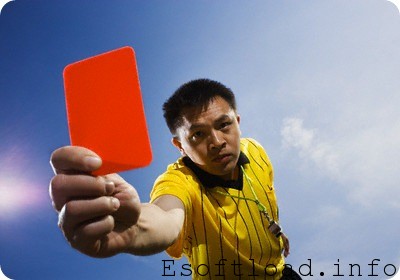 Each webmaster realize that it was penalized, find out the reasons and correct the problem and then try to return to the good graces of Google.  But performing these steps is much more complicated than sets them.

There are frequent fluctuations in the SERPs and no position is yours forever.  Tomorrow may be another in your place, just because it worked better than you or because Google has decided to change some factor in ranking.

However we all know that there are penalties. So let’s try to answer the original question.

How to tell if you have been penalized in Google?

When you do this question, usually you know what you were doing something “risky” in terms of SEO. The question is whether you have been caught and that was enough for you to apply a penalty.

First one must be aware of the various types of penalties that a site may suffer. As the department Webspam not give much information about these matters, we must draw our conclusions based on experiences and testimonies.

All I will describe is what I believe, but was not officially confirmed by anyone.

This is the worst case, but is also the easiest to identify. Google search for site: www.esoftload.info. If the search returns no result, site is not indexed in Google. If previously it was indexed and not taken steps to stop being so it is very likely to have been banned from Google.

Unless you walk in to make things very serious, is not normal take a ban from Google.  You must verify that you are blocking Google by mistake, or if your site was hacked.

You lost a keyword

Almost all practices that help the SEO of your site can become harmful if used too much. It goes without manual intervention for you to be penalized, Google can automatically notice if you are abusing certain technique.

You lost your PR

The Pagerank is not a direct effect in the SERPs, but part of Google’s algorithm and is often subject to penalties.  If your PR3 or PR4 suddenly went to 0 and was not even time to update the Pagerank, you have been penalized for sure. This usually happens by buying, selling or exchanging links between sites.

You missed all the organic traffic

A penalty almost as bad as the ban is one that throws your site to the end of the results in almost all surveys. When this happens, your site is still indexed, but does not appear on the front pages for any relevant research.

The easiest way to understand if you have been penalized in this way is to go looking for the name of your site (assuming always had a good ranking in this survey). If you see the first results listings held by your site in directories, social networking sites and other references, but the site itself is not on the result … then suffered a severe penalty.

It is very likely that this penalty has been manual, or at least, that its waiver need for human intervention. For that you need to understand what was your mistake, correct it and make a request for reconsideration. It is good to correct everything that is wrong before making the request, but you can make the process more complicated and time consuming.

This effect has already been mentioned by many webmasters and I have also seen that Google’s behavior fit the description. It is different from the above cases because it applies only to sites with few months of life.

This is a filter that penalizes new sites that show a great SEO optimization and conquer soon leading places in the SERPs. After some time enjoying these positions, drop a few pages and stay there until “mature.” Naturally, it was never officially confirmed the existence of the sandbox.

In this case you should continue working as before, because after awhile, it is natural to come back to retrieve the position, or even surpasses it.

Although Google does not provide information on specific penalties for webmasters, created the webmaster central to the life a little easier.

In addition to checking the power rankings of each site for the main keywords, you can see if there are problems with indexing, robots.txt and sitemaps. In case of penalty, is also here that you must submit the request for reconsideration, after correcting the problems.

11 thoughts on “Are you penalized by Google?”