As there are already so many smartphones available in the market, it’s hard for any new entrant to stand out in the crowd, unless it’s offering something really unique and out of the box. Even though Sony Xperia SP doesn’t have any unique feature, it has a charm and appeal that will surely impress the users to a great extent. 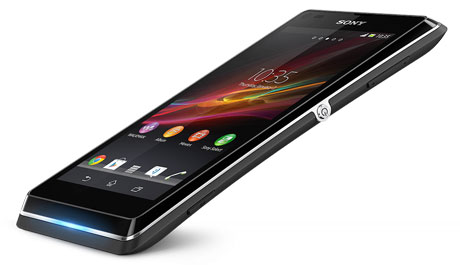 The phone boasts of having a 1.7 GHz dual core processor along with 8 GB internal storage space. The phone is much lighter in weight as compared to other similar devices. The attractive price range of the device will play a major role in pushing its sales.

There is a 4.6” screen in the phone which provides a decent display. Sony has continued with the Omni balanced design power button like it had in case of Xperia Z and the silver banding along the edge of the phone looks quite appealing. To access microSD or microSIM card you need to remove the back cover of the device. Almost all the modern connectivity options are present in the device including 4G and NFC technology. The Bluetooth 4.0 feature ensures a fast and stable wireless connection and allows you to exchange files and folders easily. The illuminating bar at the bottom of the phone is a treat to watch and the changing colors surely adds to the physical appeal of the device. The 1280 x 720 pixel resolutions backed by Sony Mobile BRAVIA engine technology makes the screen look very good and bright. It’s much better than the AMOLED screen of other devices.

Even though there are some complaints about the bad speaker quality of the phone but it’s also true that only a handful of the users use the speakerphone and rest prefer headphones over speaker. Also, the Beats Audio technology improves the sound to a great extent, thereby providing nice audio experience to the user.

As far as the camera of the phone is concerned, Sony has got one of the best camera technologies with them. The 8 MP camera of the device performs brilliantly in bright conditions; however in low light conditions the pictures are not as good as it should have been. A dedicated camera button makes things quite convenient for the user. There are lots of camera apps to increase the utility of the camera. Also, you can use VGA front facing camera for video chats and calls.