You may have seen these files often but don’t know what is an MKV file don’t worry, as there is nothing complicated about it. MKV stands for Matroska, and it is a very popular container format. 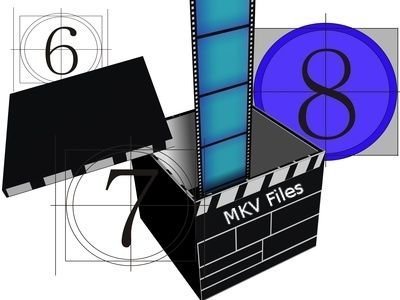 With MKV you will be able to place a full movie with several subtitle tracks and multiple sounds. In addition you can use MKV for combining a movie thumbnail and info about chapters into one file. Unlike other multimedia formats, Matroska is patent free and it is open source, so there is a good chance it will become one of, if not the standard for storing films. Matroska also doesn’t need any fees or licenses, so a programmer or developer can freely add to its features.

Because it is open source, the format can be played with just about every kind of digital player out there and a good many hardware devices can support it. Just like MKV, most players for this format are free.

Another advantage of this format is that it is streamlined and doesn’t have any extraneous features built in. With MKV, you won’t have any problems finding hardware that is capable of playing it. And unlike other formats, any file in MKV format can be copied to your laptop or other device and watch your favorite films even if you don’t have a Blu-ray or DVD.

With the MKV format, one file makes up title. So you have full control over the movie and you have full playback control as well. Again, there are no restrictions here, plus the format can be changed easily. If you want to take out some unnecessary audio or want to make conversions to make it smaller, you can do so easily as there are lots of free programs that support MKV.

Because the file is fully compatible with lots of software, it won’t be that hard to find software that works with it. It doesn’t matter if you are using Widows, Mac or Linux, the format will run. Note that some hardware devices don’t directly play the file as those have to be changed to a format that the player can recognize. Because all the met data is kepi in the files compressed, transcoding it is easy.

The purpose of MKV is to give you a contemporary, flexible, cross platform and extendable format that is easy to use. Another goal is to create a menu system like those on DVDs, and also have tools that can be used for editing and making meta data files. Today the format is gaining wide support among users and developers alike as it is very easy to use.

For someone who doesn’t know what is an MKV file is, all the information will seem confusing. But as you can see there is nothing complicated about it. In fact it has a lot of features that other formats cannot mach.

One thought on “A Newbie Guide to MKV Files”